Discouraged by the constant anti-immigration bills being introduced around the country, student activists at the University of Texas are determined get more minorities to the polls in this election year.

The University Leadership Initiative will be hosting a citizenship drive. The event will allow eligible residents to work with immigration lawyers to fill out the N-400 application for citizenship; ULI will also provide passport photos required by the United States Citizenship and Immigration Services and lawyers to review the application.

ULI was able to host the drive free of charge because of help from local donors, Univision, United We Dream and State Representative Eddie Rodriguez.

According to the 2007 Pew Hispanic Center, in 2005 only 52% of all eligible permanent residents actually became citizens. The percentage was even smaller (35%) for residents who were born in Mexico a key pool of potential voters in Texas.

The students believe naturalization of these individuals would dramatically change the political landscape of Texas.

“Becoming a citizen is the realization of the American Dream. Citizenship means finally becoming full participatory members of society. The power of citizenship becomes evident in the opportunity to vote and make our voices be heard, for the betterment of our communities, our society our families, and ourselves,” says Daniel Olvera, President of University Leadership Initiative.

Voting privileges are not the only benefit of becoming a citizen, one also gains diplomatic protection abroad, the right to cross the U.S border at will, the right to sponsor family members interested in citizenship, the right to run for office and many other federal benefits.

ULI conducts outreach at local, state, and national levels to address the dilemma faced by young people who were brought to the United States years ago as undocumented immigrant children and may be eligible for the DREAM Act if passed. 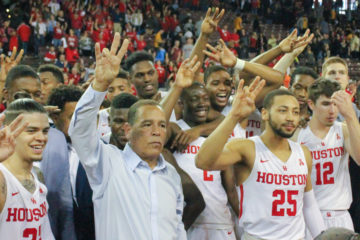