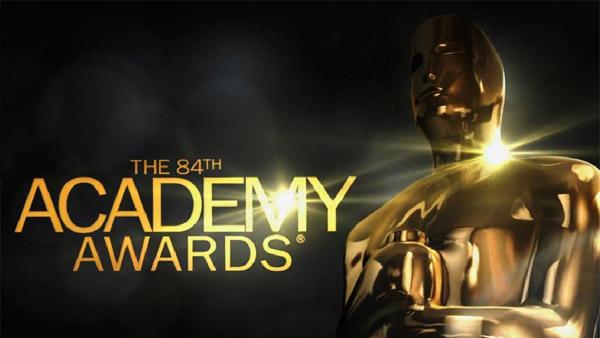 The 84nd annual Academy Awards was hosted at the Kodak Theatre in Los Angeles, California on Sunday February 26th, 2012. In order for the ceremony to redeem itself from the disaster of last year’s show of Anne Hathaway and James Franco hosting, Billy Crystal hosted for the ninth time. Overall, his hosting abilities did not disappoint and the various comedian cameos (from Will Ferrell to Chris Rock) provided for an entertaining atmosphere. The theme of the evening was “A Night at the Cinema” in which the set up of the stage, Cirque du Soleil performance, musical numbers performed by Crystal, and the short films placed throughout the ceremony of various actors discussing cinema all demonstrated the magic and passion Hollywood can give to us all.

The two films that were nominated the most, Martin Scorsese’s Hugo and Michel Hazanavicius’s The Artist, are both love letters and homages to old Hollywood in the sense that they commemorate classic filmmaking. Both films snagged five Oscars, Hugo snagging most of the technical awards with: Achievement in Cinematography, Achievement in Art Direction, Achievement in Sound Editing, Achievement in Sound Mixing, and Best Visual Effects. The Artist, even though it tied with Hugo, was the real winner of the night considering its success in the more tougher categories, including the most significant of them all- Best Picture of the Year. The Artist won: Best Director for Michel Hazanavicius, Best Original Score, Best Costume, Best Actor for Jean Dujardin, and Best Picture.

The night was especially unique because of its record-breaking wins. Christopher Plummer was the oldest actor to ever win an Oscar at 82 years old for his performance in Beginners, taking away the year’s Best Actor in a Supporting Role. Jean Dujardin’s win for Best Actor for his performance in The Artist made him the first French man to ever win in that category. Although she was not the first black women to win in her category, Octavia Spencer’s win for Best Supporting Actress for her performance as a brazen Southern housekeeper during the civil rights movement in The Help received a standing ovation.

“It was honestly one of the best Oscars I’ve ever seen,” Delia Romero, a Communications major at the University of Houston says, “I’ve been watching every year since I was a little girl and this year really brought back to its roots, much better than last year!”

Dmitry Galushko, a Chemical Engineer student at the University of Houston, never pays much attention to these sorts of events but this year he did.

“I usually don’t watch the Oscars but I was a huge fan of all of the movies that were nominated this year so I tuned in. I was really entertained and thought that Billy Crystal did a great job.”

Nevertheless, The Academy Awards never fails to genuinely honor the best performances and achievements in Cinema for the year. However, it is tough to pull an all-around great ceremony with a funny and respectable host. Perhaps it was the spirit from the films nominated this year that exuberated classic cinema, but this year proved just how well the Academy still has their will to put on a great show and show us just how much we love Hollywood.