This year the 23rd National Leadership Conference took place in Houston Tx, where five members from the Mexican-American Engineers and Scientists chapter at the University of Houston had the exciting opportunity to compete against other chapters across the nation.

What seemed to be a professional networking opportunity quickly turned into a fast-paced and challenging competition as UH students worked alongside other MAES chapters from around the country to write a professional business proposal and present it to engineering recruiters. To create a challenging environment, students only had that night to put their best ideas on paper. During the day, they attended several workshops focused on leadership skills and techniques to make their chapters more successful. Additionally, students had the unique chance to network with companies such as Lockheed Martin, CSI, and the Navy at a personal level.

Out of the five members from the University of Houston that attended the conference, two of these members had the opportunity to move into the final rounds of the business proposal competition and attempt to win the approval of engineering professionals. Motivation and endurance made it easy for Alexander Jolley to come in second place and Fernando Jimenez in first. These students put their school work aside for four days to commit their time to working alongside people who they’ve never met before, all under very tight time constraints.

The event turned out to be a great experience in the end, and students walked out with with excellent ideas for their chapters. Representation for the University of Houston remained strong this year, but there is still hope for improvement for future members of the MAES chapter. 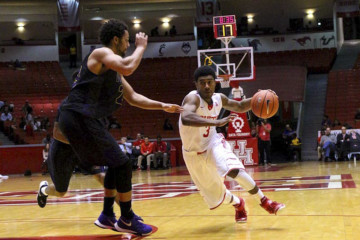