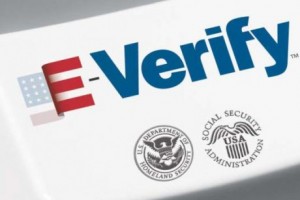 US Citizenship and Immigration Services announced that Self Check, a free online service of E-Verify that allows workers to check their own employment eligibility status, is now available in all 50 states, Washington, D.C., Guam, Puerto Rico, the U.S. Virgin Islands and the Commonwealth of Northern Mariana Islands.

Launched in March 2011 by Secretary Napolitano and USCIS Director Alejandro Mayorkas, the announcement delivers on the goal of expanding Self Check nationally within one year.

“We are pleased to complete, ahead of schedule, our expansion of this important tool for employees,” said USCIS Director Alejandro Mayorkas during a press conference at the agency’s field office in Orlando, Fla. “Since our initial launch in March, approximately 67,000 people have used Self Check and we anticipate that participation will dramatically increase with service now available to individuals across the country.”

The accuracy of E-Verify has been called into question by the National Council of La Raza and other Hispanic advocacy groups. According to NCLR, foreign-born U.S. citizens and legal immigrants are 30 times more likely than native-born workers to be wrongly flagged as ineligble to work.

Names that sound “foreign” or “ethnic” to employers, regardless of their immigration status, are at a higher risk of being entered into E-Verify incorrectly because of data entry mistakes like misspellings.

“Workers cannot afford to lose jobs in this economy because of database errors or employer misuse of a verification system, and layering the mass expansion of this flawed program on top of our broken immigration laws will neither address concerns about immigration nor solve our unemployment problem. It is time to stop playing with the issue of immigration and with the needs of the American workforce,” said Clarissa Martínez De Castro, NCLR Director of Immigration and National Campaigns, as she denounced legislation that would require all employers to use E-Verify.

In a report released in December 2010, The Government Accountability Office found that 97.4 percent of almost 8.2 million newly hired employees were immediately confirmed to work during fiscal year 2009, compared to 92 percent from fiscal year 2006 to second quarter of fiscal year 2007.

Employees who have been wrongly flagged as not eligible to work are limited in their ability to find the source of the incorrect information in the DHS databases, they have to use such complicated methods as Privacy Act requests to get the issue resolved.

Self Check was developed through a partnership between the Department of Homeland Security and the Social Security Administration to provide individuals a tool to check their own employment eligibility status, as well as guidance on how to correct their DHS and SSA records. It is the first online E-Verify service offered directly to workers. Available in English and Spanish, Self Check enables individuals to enter the same information into Self Check that employers enter into E-Verify.

The online tool also offers guidance on how to correct potential record discrepancies prior to the hiring process.