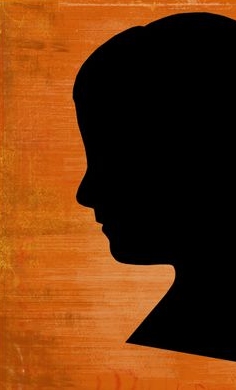 Lou Weaver, 41, is a female-to-male transgender who has been living as a male for the past four years and has been taking testosterone, the male hormone, for the past three. Just like many other transgender, he has decided that he will not live in the shadows or feel ashamed about who he is. Weaver, the president of the board of directors for the Transgender Foundation of America, is passionate about speaking for transgender issues and fighting for transgender rights. Weaver sits on many transgender panels, has helped bring change to the University of Houston and has assisted in the addition of gender identity to HCC’s non-discrimination clause.

Originally from Colorado, Weaver has been living in Houston for eight years and is a student at UH, where he is majoring in public relations with a minor in political science. At the age of 21, he survived a car accident, which left him unable to pursue higher education for a few years. He lives with his girlfriend and their beloved cat and dog. He would like to continue to pursue a career in shedding light on transgender issues; his other goal is to someday work in public relations for the Houston Dynamo.

Weaver spoke to The Venture about his mission and identity.

When did you realize that you were transgendered?

LW: I always knew I was different.  When I was younger, I only had male friends; I followed my older brother around all the time. I wore his hand-me-downs. I never wanted to wear “girlie” things. I also knew I liked girls, so I thought I was a lesbian. I didn’t even know the term “transgender.” I had heard of drag queens but never of anyone who was a female-to-male identified person.

In my late 20s, I met a group of drag kings, female-to-male impersonators, and I knew that I needed to join them. I did, and it was amazing. It was like letting my inner male out, but I still didn’t know I was trans.  I didn’t have that  vocabulary. I started identifying  as a “boi,” kind of more than a butch lesbian. One of my friends’ kids said it was for “boy on the inside.” It made so much sense.

I used that for a long time, then I met someone here in Houston who saw me for who I was and he introduced me to the local transgender community. I felt like I had come home. Things starting making more sense, and I was able to start on my journey of transitioning. That was in 2008.

What is the biggest goal you hope to accomplish through your activism?

LW: Education – I hope to de-mystify gender variance. I believe that people hate and fear what they don’t understand. I want the public to understand I’m not that different from them.

What organizations are you a member of and what is your role?

LW: I am on the planning committee of the Texas Transgender Non-Discrimination Summit, the fourth annual summit will be held in July at UH-CL. Last year it was held at UH Main.

I have helped organize the past two Transgender Day of Remembrances, both at UH Main.  This is a national event that acknowledges those that have lost their lives due to violence against gender non-conforming individuals.

Every April, the Houston Transgender Unity Committee hosts the Unity Banquet. I have helped coordinate volunteers for the past three years. Last year, I was more heavily involved – as I will be this year. It is the largest single-night transgender event in the nation. It is a fundraising event, it helps pay for our participation in pride events and helps fund scholarships for transgender students seeking higher education.

Is there any legislation you would like put in place that affects the transgender community specifically?

LW: Yes, I would like to see an inclusive non-discrimination clause for employment and housing. I would like to see insurance coverage for transgender care, and for those that need surgeries to not be questioned about the validity of the surgeries. Some guys need hysterectomies.

Also, I think there should be standard legislation for people to get their names and gender markers legally changed on state identification cards and on birth certificates. Another important thing is marriage; people should be allowed to marry whomever they love, regardless of gender.

What do you think is the biggest misconception that people have about transgender society?

LW: That there is something very weird about us, and that we are mentally unstable. 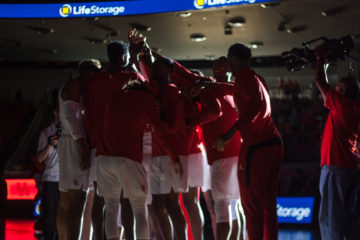