This vote shows the lack of solidarity with the majority of Latinos, even while Cuban Americans and Puerto Rican serve themselves with the big spoon when it is time to distribute the political and economic/business opportunities/leverage generated by the critical mass of Latinos, mainly Mexican Americans (65%), but also Central Americans and South Americans.

These latter don’t have the same opportunities of citizenship that Cuban Americans and Puerto Ricans enjoy, and thus, in general, Cuban American put aside the priorities of the majority of Latinos. For a long time we have put the Latino agenda in the hands of Cuban Americans, and look where we are. It has been a tremendous disaster; we could not be more despised and disadvantaged in this country, in spite of our numbers and great contributions.

The overwhelming vote of Cuban Americans and Puerto Ricans for anti-Latino immigrant Mitt Romney should open the eyes of conservative Latino Republicans not belonging to the Cuban and Puerto Rican communities, to the fact that we do not count on their support for our political, economic/business agenda, and thus, they should not count on us, except on a previously negotiated basis on which we, Mexican Americans, hold our votes and power in the hands of our own leadership.

For this, we must accelerate the pace to build this Mexican American leadership that this major ethnic group needs to hold to represent the interests of its constituency within the Republican party. No more leaving our issues in the hands of other “Latinos”. If the Republican Party wants the votes of the largest Latino Group, Mexican Americans, and its brothers Central and South Americans, they will need to negotiate with us, not with Cuban or Puerto Rican Americans.

In Light of the Cuban American leadership support for anti Latino immigrant Mitt Romney (“illegal immigrant” is a code word for Latino immigrants, and Cuban Americans fool themselves if they think the Latino haters do not put us all in the same basket – as a small sample, you just had to hear the expressions of disgust within the Georgia Republican party when Mel Martinez was head of the RNC; Latino students at GA state reported that a professor coming from Florida said in class, in front of all the students, that Miami was a third world country infested with Cubans).

Republicans must acknowledge that if Mexican Americans are marginalized, we will not fulfill our potential as a key pillar to America’s economic and political future in the world. America will be poor if Mexican Americans are poor and powerless. We will not allow this. To the innuendo and racist rhetoric through the construction of code-alkaloid language such as “illegals” and “Anchor babies”, we will respond with harder work, greater love for this country, and greater organization.

We will not give up the Republican Party because these are our values, but we will support only those who embrace us. We will identify and clearly explain to Republicans that they have substituted Republican values for hate, and that the “hate coalition” which has taken over the party uses hate to hide and distract from the fact that they are big spenders, big government, big brother policy. They use a minor civil violation to dehumanize “some” immigrants.

Those who call themselves Reaganites do not belong in the immigrant hate coalition. We Mexican Americans are more than willing to work hard to contribute to build the bright future of this country, and warmly embrace all of those who embrace us. Likewise, we will be well aware of those who do not.

For more information on Somos Repubicans visit their website: 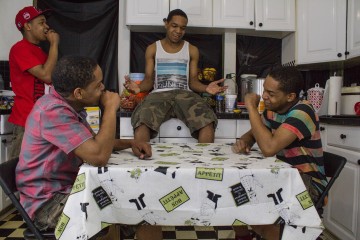