Last week I read a report re-published in The NiLP Network on Latino Issues that stated that Latinos were the most hostile towards Israel, only to be shortly replaced by a press release that Latinos were in fact not the most hostile towards Israel. While initially troubled by the original email, I was beyond disturbed by the follow-up press release.

Beyond the tenor of both pieces, which are intellectually dishonest and framed to support the mission of the sponsoring organization, The Israel Project (TIP), I was disturbed by the massive oversimplification of an extremely complex and complicated issue. I believe these “targeted quantitative efforts” do not comprehensively address Latinos when it comes to the issues of Palestine, including their support, thought and action.

Many Latinos are Jewish or have Jewish ancestral roots. I dare say all recognize and have a deep respect for the history of severe oppression of Jews. But this is precisely not the point I want to make.

My visceral response to the TIP piece comes from what appears to be an attempt to categorize Latino support of Israel in a “we vs. them” framework, which harkens back to similar rhetoric used not too long ago in this country to justify military intervention abroad. This paradigm portrays an entire ethnicity – Latinos – as overwhelmingly supportive of a state by comparing it to the (alleged) underwhelming support of its “enemy”. The problem with acquiescence to this framework is that it ignores the larger context within which many Latinos support Palestine and the Palestinian struggle for recognition of their basic human rights. The analysis is not so one-dimensional and myopic as the targeted poll would have us believe.

Many Latinos in the United States stand in solidarity with – and support the right of – the Palestinian people to live free from violence, ethnic cleansing, forced evictions and evacuations, and from being policed on their land by foreign forces. Latino organizations, groups, coalitions, activists, teachers, students, lawyers and professionals have consistently expressed their solidarity with Palestinians in their struggle for full citizenship in their own homeland.

In fact, Latino activists have long recognized that corporate and imperialist interests in Palestine are driven by the same geopolitical forces and interests that in many Latin American countries have resulted in widespread human rights violations, neoliberal policies and the expansion of the military-industrial complex. Every country in South America, with the exception of Colombia, has recognized the Palestinian state as an independent nation. Five Central American and Caribbean nations recognize Palestine as a nation.

As a continent with a history of fighting for its independence from colonization, Latin American activists, scholars and workers have long recognized the same fight for sovereignty and autonomy that Palestinians are currently undertaking. Many Latinos recognize that the struggles faced by Palestinians – including fighting to maintain their rights to their land and homes, access to drinking water, freedom of movement and association, and freedom from perpetual cycles of violence – are not much different than those currently faced in many Latin American countries, as well as in many communities in the United States where Latinos currently reside. In Latino communities nationwide, resistance to gentrification, the over-policing and racially-influenced policing of certain communities, forced evacuations due to the foreclosure crisis and environmental justice issues are merely the domestic counterpart to the same international struggles abroad, including Palestine.

Latinos’ collaboration on issues of justice with the Palestinian people is not unilateral either. Those standing in solidarity with Palestinians marched in the National Puerto Rican Day Parade, drawing connections between the bombs being tested out in Vieques, Puerto Rico and those being dropped over Palestine. In 2009, 400 Viequenses sent petitions to then President Bush, President-Elect Obama and Governor Luis Fortuño urging them to insist upon the cease-fire in the Gaza strip, which led to hundreds of deaths and a humanitarian crisis. In fact, as a colony of the United States whose land has been used as a testing ground for bombing and biochemical warfare for decades, Viequenses have repeatedly expressed their solidarity for the plight of the Palestinian people.

Many Latinos unquestionably have expressed their views concerning both Israel and Palestine. However, support for the Palestinians must be viewed in terms of the transnational solidarity that extends far beyond the actions of one actor.

Natasha Lycia Ora Bannan is a guest commentator for the National Institute for Latino Policy (NiLP) Network and Co-Chair of the National Lawyers Guild International Committee.

Opinions expressed in this article are solely that of the author. The article is not intended to represent The Venture editorial policy and do not necessarily reflect the views of our staff, board of directors or supporters. 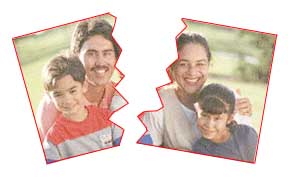