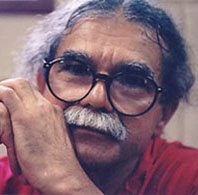 One year ago this month (February 15, 2011) Oscar Lopez Rivera, a Puerto Rican Patriot imprisoned now for over 30 years by the U.S. was denied parole.

He is 68 year old. Oscar Lopez was given an additional 15 years to return to the parole board for “consideration for parole” in some future beyond that. If Oscar was to be granted parole 14 years from now, and the “ÏF”is a big one, he would be 83 years old.

What was done by the parole board was to issue him a death sentence.

Twelve years ago, when President Clinton released the last group of political prisoners, Oscar was offered a release 10 years after their release. Oscar refused the offer because two other patriots, Carlos Alberto Torres and Haydee Beltran Torres had not been offered a release date. Since 1999 Haydee and Carlos Alberto have both won their release, and Oscar remains in a U.S. Federal prison.

A “possible” window of opportunity to put an end to this travesty is that President Obama orders his release before the end of his presidency. However, no president will take such as step while running for re-election.

One possible scenario is that Obama does not get reelected this coming November. His Presidential term would end in January of 2013. This scenario would provide a very small possible window of opportunity, the two and one half months between the day of the election and his last day in office.

The more likely scenario is that President Obama will be reelected. This would make the possibility of Oscar’s release to occur at some point in Obama’s next presidential term, if we make it an issue so important that he realized the political importance and acts on it.

When President Obama came to Puerto Rico for a few hours in June of 2011, he was twice confronted with the issue of Oscar’s release, the first time immediately upon setting foot on the tarmac by pro-statehood senator Norma Burgos and again later while being interviewed on television. His response was to divert from the issue by pointing to the fact that the issue needed to be petitioned to him by the established process, something that to my understanding has not yet been done.

I believe that the timing of the petition for a presidential pardon coincides with the assessment I described above. When the petition is reviewed it needs to have as much political backing as we can generate. This is the only opportunity that Oscar Lopez Rivera will probably have at living his remaining years en su patria, entre su pueblo. Obtaining the political backing for this effort is the reason that I am writing to you.

We can expect no commitment from President Barak Obama on this issue before the Presidential elections. It would be suicidal for his reelection. Neither should we expect any action on his part if there is no down side to his in-action.

With intelligent negotiations on the part of our elected officials it is our belief that Oscar Lopez Rivera will be released at some point during President Obamas tenure and we can make preparations to bring and to receive Oscar home. A sad truth is that the Puerto Rican people have been the only community to win the release of our political prisoners not once, but on two separate occasions.

Two of those Congress members are from NewYyork Bity. We need to get Congresswoman Nydia Velasquez and Congressman Jose Serrano to do what they can do on behalf of obtaining Oscar Lopez Rivera’s release; and the time is NOW!

* We need to set up meetings with both congressperson in order to impress upon them the importance of their acting on this matter. They need to make Oscar’s release a commitment from the Obama campaign in exchange for their active support. Both congressperson supported the efforts to win the release of Oscar’s compañeros during the Clinton administration.

Nydia went further and visited the women political prisoners held in Dublin, California. As I understand it, unlike the credit that has been rightfully given to Chicago Congressman Luis Gutierrez, recognition for Nydia and José’s contributions to those efforts has never been properly given. I raise this because this may be a source of some discontent on their part. It is important that we stress that support for Oscar should not suffer because of any possible missteps by those who headed the campaigns in the past.

* The congresspersons should be encouraged to participate on a call with Luis Nieves Falcón and Tuto Villanueva, who head the Puerto Rican Human Rights Committee, which is spearheading the campaign in Puerto Rico for Oscar’s release.

* The congressperson should be encouraged to consider making a public statement of support for Oscar’s release at the most advantageous time for this effort, and hopefully in coordination with the campaign..

I hope that you join in this effort. A meeting and/or teleconference needs to take place to organize ourselves for a meeting with our Congressperson. We also need to strategies on other political objectives i.e., organized Labor support, city council resolutions, seeking the support of other elected officials, religious organizations, etc.

This independent effort is being taken as a means of complementing the work that has for years been carried out both in Puerto Rico and within the U.S.

Vicente “Panama” Alba is a longtime community and labor activist on Puerto Rican and other progressive issues. 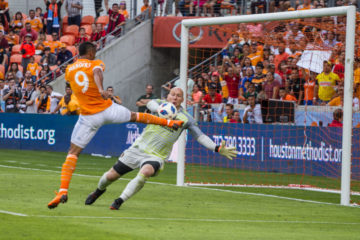