In response to the arrests of two Houston Dynamo players earlier this month, Quanell X, the leader of the New Black Panther Party and a local community activist, organized a march against racism on Washington Avenue.  The protest was to be held on February 12.

He decided to postpone the protest after Roosevelt Lounge representatives contacted him. He, along with other members of the community, was on hand to release a press statement.

“The owners of the club mentioned that they were even desirous of selling the club, because of the negative publicity and the problems they’ve had in the past with men and certain individuals being turned away,” Quanell X said. “He’s heard these complaints . . . he has worked to change that environment, but unfortunately, it has not changed.”

Quanell X said he would re-establish the protest if an agreement with owners could not be reached to avoid similar incidents from occurring in the future.
Allegations of racial discrimination at Washington Avenue establishments are nothing new. There are several ratings and review websites full of complaints about Roosevelt Lounge over racial discrimination.

Rodney Foster has tried on several occasions to get into Roosevelt Lounge and has never been allowed entry.

“We arrived at the club and were told everything was booked, all the tables were reserved, but they let Anglo people in,” Foster said in disgust. “It has to do with race because it was obvious that Latino and African American individuals were not (allowed entry.)”

After hearing about the Houston Dynamo players’ arrests and racial discrimination allegations, Nancy Finkelstein Shaddock, a Houston Dynamo Charities board of directors member, contacted Quantell X. She did so as a concerned citizen and not as a representative of the Dynamo organization.

Creavalle was arraigned on misdemeanor interference charges, while Deric is charged with felony assault of a police officer in the case.

Both players are currently training with the Houston Dynamo, and open their season against Kansas City Sporting next month.

Confused Chicano: Sold out by the Name Tag 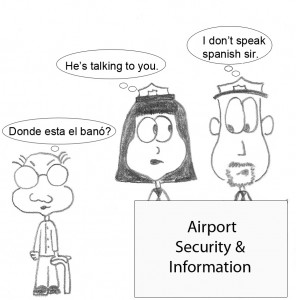