What comes to mind when you think of 2012? Maybe your first guess is the presidential election, or the London Olympic Games, or maybe the end of the world. Although I cannot predict when the world will end, one thing I can say with certainty is that 2012 will be the year of boxing in Texas and specifically Houston.

You may say that there are no interesting upcoming fights to watch, unless it is Pacquiao versus Mayweather. If this is the way you think, let me tell you that your wrong. Texas will be host to great championship fights later this year.

In February, the Alamodome will host an event that promises to be one of the best of the year. The undercard features different young prospects, such as James Cantu, Ivan Najera and Juan Saucedo, as well as the undefeated light middleweight fighter, Vanes “Nightmare” Martirosyan, who is ranked ninth in the world.

What really makes this undercard special is the appearance of a championship fight for the vacant WBO Super Bantamweight title between Wilfredo Vazquez Jr. (21-1-1, 18KO) and Nonito “Filipino Flash” Donaire (27-1-0, 18KO).

Usually Donaire’s name would be part of the main event of any boxing event around the world, especially with the fame acquired as of late. The main event is one that promises a lot more.

The fight against Rubio seems increasingly more interesting than an uneven match between Chavez Jr. and Sergio “Maravilla” Martinez, despite controversial statements Martinez made. Martinez claims that Jose Sulaiman, president of WBC, forced him to give up on a challenge for Chavez’ title so the fight against Rubio would happen. He then went after Chavez Jr., calling him “the biggest coward in the history of boxing.”

On February 12, Houston will host its first boxing event of the year when Jose Luis Castillo (63-11-1, 54KO) faces Miguel Cotto’s brother, Jose Miguel Cotto (32-3-1, 24KO) at Reliant Arena. This event will be also the first HBO Boxing event for Houston in 2012.

Another HBO Boxing event, that also looks like one of the best of the year so far, will feature two of the top light middleweight contenders Carlos Molina (19-4-2, 6 KO) and James Kirkland (30-1-0, 27 KO), who is one of the boxing revelations of the past year. The event will be held on March 24 at Reliant Arena. The winner of this bout will most likely face the Mexican champion Saul “Canelo” Alvarez later in the year.

The main event for this date features the young and undefeated top contender Danny Garcia (22-0-0, 14 KO) who, at just 22 years old, will face the Mexican legend champion on four different divisions Erik “El Terrible” Morales. Morales said during his press conference in Houston last year that his fight against Garcia is “the last of the series of tuning-up fights to be ready for the top names of his division.” Garcia’s father felt that Morales was underestimating his son, and stated that Morales’ time had passed and it was now Garcia’s time to shine.

This fight looks like a great match for boxing fans and for those who are still not fans. It promises to be a match of styles, and on top of that, it will be for the WBC light welterweight title.

Oscar de la Hoya’s Golden Boy Promotions will be looking to revive boxing in Houston and Texas with the opening of the new BBVA Compass Stadium in May.

So, are you ready to rumble?

Latina among a growing number of unorthodox young entrepreneurs 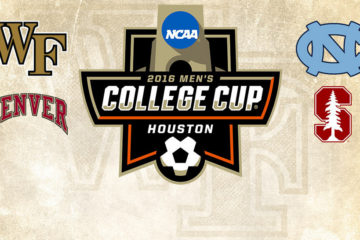