Back a long time ago, in a time when Facebook was still a pimply-faced teenager, the annual Great Tejas Warrant Round Up would scare the bejeezus out of me. My love for speed and immaturity usually meant I had at least one outstanding traffic ticket (speeding) that I “forgot” about.

I didn’t need to worry, the brave officers of the Houston Police Department were more than happy to track me down and “remind” me I needed to handle the resulting warrant. To ensure I didn’t forget to pay, they gave me shiny wrist jewelry to wear to the courthouse while the issue was resolved.

I’ve grown up now. At least to the point where the roundup doesn’t send me into paranoid fits like it used to. Of course, my love for speed remains intense, though neglected, like a needy ex-girlfriend.

Every time I slide behind the driver’s seat, mi ojos fixate on the 1-6-0 mph on the speedometer as I crank the car. Memories of my glory days when I was gunslingin’ in the barrios of Houston’s underground street race scene flood my brain, that is, until my wife jumps into the passenger seat and tells me to fasten my seatbelt. Like my baby brother says, “FAIL.”

Why do automakers torture us innocent speed demons?

Take Ford for example. They recently rolled out the 2013 Mustang Boss 302 at the Houston Auto Show. Maximum speed is electronically limited at 155-mph. This beauty of a car was specifically designed to perform on the legendary Laguna Seca racetrack. Ford knows darn well most people who buy this beast don’t have the cojones to unleash its 444 rabid horses. At least not us law-abiding citizens who feel like 5 o’clock traffic is the perfect cruising speed.

I know what you’re thinking. Car companies should just design a speedometer that reflects the speed limit. Then drivers won’t be tempted.

Answer: You and nobody you know would buy it. In 1979, the National Highway Traffic Safety Administration required that speedometers place an emphasis on 55-mph (the national speed limit) and display a maximum speed of 85-mph. Sales of new cars plummeted and officials had to deal with the backlash from the public. Surprise! No American wants to buy a “slow” car. In 1981, the NHTSA eliminated the speedometer rules.

Back in the 70-mph reality of your average motorist, to reach break neck speeds safely, a car has to have the right mix of power to weight, specially rated tires and the aerodynamics needed to keep the car stable at high velocities.

Sports cars that can actually reach double and triple the legal speed limit often have their top speeds reduced by a governor installed by the manufacturer. The speedometers may say 155, but the car is capable of going much faster. The govenor is like an electronic leash that regulates the speed should the driver think he’s Danica Patrick at a NASCAR race. If the car hits the preset speed limit, the on-board computer will cut fuel to the engine to slow the car down as in the case of the Mustang Boss.

Buying a car that reads 160 on the speedometer isn’t practical, but neither is the Cupcake ATM recently introduced in Beverly Hills. Go ahead, indulge, this is America. Keep your dreams alive, at least until you see your wife’s baby blue mini-SUV sitting in the driveway. FAIL.

Ride Rumblings is a column dedicated to the musings of an ex-car geek. It comes out every other Monday. 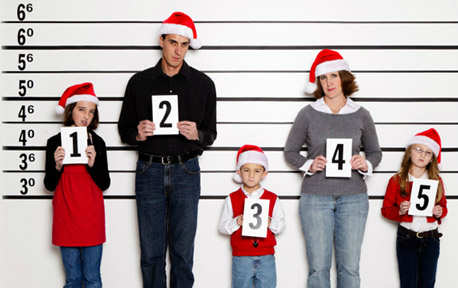