I’m at that age where videogames just take up too much time. I played The Legend of Zelda: Skyward Sword over Thanskgiving last year and although I was definitely caught up in a blanket of merriment, b.o and Reese’s Puffs I couldn’t shake the feeling that I should be doing something more productive with my time. I think the creators of Indie Game: The Movie (Lisanne Pajot and James Swirsky) must have experienced a similar feeling at my age and through developing this documentary they recaptured the rapturous marvel that games can invoke. At the very least, that’s what it did for me.

Indie Game: The Movie weaves in and out of the stories of three independent videogame development teams at different stages of developing their videogames. Phil Fish is a Canadian game designer caught up in a seemingly endless development torture of his once highly anticipated game, Fez. Edmund McMillen, designer, and Tommy Refenes, programmer, are the team behind the notoriously hard Super Meat Boy and the film follows them through the last few months of development and up to the game’s release date on Xbox Live Arcade (If you know anything about games to that one the ending should be no surprise). The third developer the film focuses on is Jonathan Blow, the one-man team behind the critical title, Braid. Blow is dealing with the anxiety that fame from his videogame has brought him following its immense success.

What’s most striking about Indie Game is that it succeeds in making us care for what are for the most part socially inept guys who spend much of their time coding. There’s a real sense of, I dare say, love that these developers feel for their work. Whether it’s McMillen explaining the metaphor of Super Meat Boy and his gal pal Bandage Girl’s relationship or Fish’s obsession with constantly improving Fez’s textures, the film gets across that these are guys in love with what they’re doing.

Co-directors Pajot and Swirsky work wonders visually with this documentary, seamlessly integrating videos from the games themselves along with shots of the developers at work. Seeing Blow type chunks of code at breakneck speeds gives you a sense of how much time must have went into the finished product that was Braid. Musician Jim Guthrie should also be commended for the minimalist compositions that are sprinkled throughout the film that provide a nice feeling of the whimsy and wonder that drives these developers to perform the herculean tasks that take the big developers like EA and Valve hundreds to thousands of people to produce.

See Indie Game: The Movie whether or not you like video games. If you’re not persuaded to play them all like I am, at the very least you’ll get a two-hour look into passionate people making the things they love.

Make sure to check out our Youtube Channel FUHAvision for an interview with one of the filmmakers, James Swirsky. 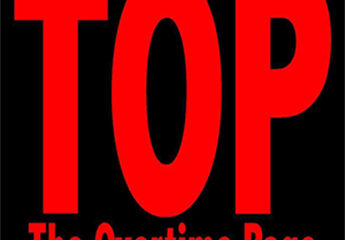