July 28, 2021 Francisco Casillas
Home»Entertainment»SXSW: Safety Not Guaranteed Movie Review, Time Travel is Rarely More of a Bummer Than This
Entertainment/SXSW/Uncategorized 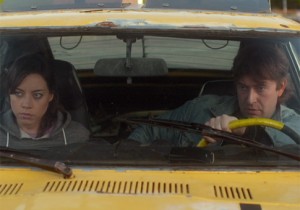 I promise I did not attend this movie solely to get a glimpse of Aubrey Plaza at the screening. That said, she was as strangely wonderful as I figured she’d be. Oh, and Safety Not Guaranteed. That was pretty terrific as well.

Safety Not Guaranteed, directed by Colin Trevorrow, stars Aubrey Plaza of Mystery Team and Parks and Recreation as Darius, Jake Johnson as Jeff and Karan Soni as Arno; three people working at a Seattle magazine who head to Oceanview, Washington in search of the person behind a peculiar classified ad. Said ad promises the trip of a lifetime, one through time itself. Once they find the guy, grocery clerk Kenneth Calloway (Mark Duplass), Darius joins him as a potential time partner-in-training for a mission to save Kenneth’s dead girlfriend from her untimely death at the hands of a drunk driver who smashed into her living room.

Heading to this film I didn’t know what to make of the blurb. There was the prospect of a sci-fi romance time travel story, but also potentially a story about a disillusioned or insane man who possesses just enough charm so that we don’t find him too off-putting. What we get is neither of those movies, but something altogether fresher and more enjoyable. Duplass plays Kenneth with a nice mix of humour and sadness, doing selfless and kind acts and following those up by robbing a research lab of its lasers in one of the film’s funniest scenes. You never fully believer that Kenneth is just yanking Darius’s chain the whole time even though time travel training to him includes mainly the ability to shoot side arms while rolling on the ground.

Plaza does her misanthropic shtick at the beginning of the film, but as her character begins to falls for Kenneth she exudes a warmth that is rarely seen from her other roles. In her introduction to Kenneth she handles a can of Campbell like a baton twirler who’s really into soup. The rest of the cast pull of amazing performances, especially Karan Soni whose dry comments on other’s pop culture references provide some of the movie’s most humorous moments. Soni’s Arno taught me that Stormtroppers were nothing but blue-collar workers and that the age of elves never actually occurred. Johnson does douchebag really well in this film and his facial expression as he drunkenly drives a go-kart had the audience doubling over. Rounding things out is Jeff Garland in a brief cameo as Plaza’s dad.

Writer Derek Connelly got the idea for this film from a real ad resembling the one in this film. His story of a kind and desperate, and possibly brilliant, man who’s pretty lonely is definitely a must-see. Whether or not Kenneth gets to go through time isn’t the issue since the film’s biggest message is just to live in the moment. All that’s left for you to determine is when in time you want to start that off. 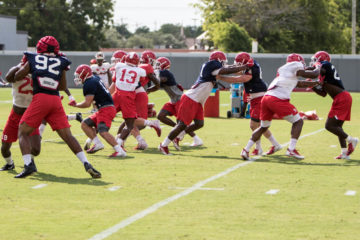