The Hunger Games, aspired to be the next teen franchise along the lines of Twilight and Harry Potter, was released last week to the public. The book series, written by author Suzanne Collins, has had an impact on people of all ages.

The Hunger Games is a futuristic tale about a totalitarian society, Panem, which has been divided into twelve districts and one Capitol. The districts, outside of the capitol, are in a constant state of starvation due to their lack of resources. Each year, the capitol throws a competition called the “Hunger Games” in which two young representatives from each district are selected by lottery to participate in a gruesome and brutal battle to bring back food to their specific district.  The games are broadcast throughout Panem and they are treated as entertainment to the capitol, even though the 24 participants are forced to kill their competitors to be able to win. Katniss, the protagonist, voluntarily joins the games when her sister was chosen to participate. The movie is divided into two major parts: Katniss’s and her competitors training before the games and the actual events of the games that last for about a month.

Despite Harry Potter, this film seems to cover way more genuine issues (like morale and corruption) to the young generation. Twilight fails to do so as all it advocates to the young audience is how important it is to have a boyfriend and just what sacrifices-becoming a vampire- it takes to maintain the relationship.

The casting was pretty phenomenal. I had faith that Jennifer Lawrence, Katniss, would not disappoint considering her academy-award nominated role in Winter’s Bone was outstanding. Josh Hutcherson, Peeta, was also a breakout performance in that the on-screen chemistry between him and Lawrence did not seem forced at all- in comparison to the awkward interactions between Robert Pattinson and Kristen Stewart. The action scenes in the movie were intense and you couldn’t help to feel totally engaged throughout the actual series of events in the Hunger Games, which were completely and totally intense.

According to the media, some parents have been upset due to the violence in the film during the Hunger Games, in which children are seen killing other children. Although the concept alone seems controversial, it is all fictional and, even though it seems brutal, the violence really isn’t graphic and only shows what is necessary to show. The movie deals with survival, grief, helplessness, corruption in government, which I am grateful to see in a teen franchise like this. Even though I wish the film would have not been so vague at times, it was overall pretty great and I am excited to see how the rest of the movies will play out.

Ride Rumblings: A Mustang for everyone 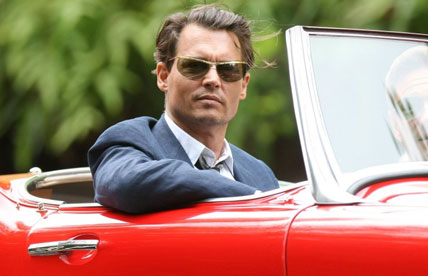