Phoenix, AZ — Recently, there has been much discussion from Senator Marco Rubio and Mitt Romney regarding the DREAM Act.  Both were against it and now seem to want to support a version of a DREAM Act that creates a permanent underclass in light of a key election year and as they seek the Latino 2012 vote.  The Tequila Party will not stand and allow this issue to be used as a continued political football, therefore, if Sen. Marco Rubio and Romney really want to support the DREAM Act — they must support Sen. Orrin Hatch (R-UT) sponsored version of S.1545 — the Development, Relief and Education for Alien Minors (DREAM) Act.  Anything short of Hatch’s bill will be recognized as a divisive tactic and as a means to limit political power and issues supporting taxation without representation.  According to Ron Hayduk, Professor of Political Science City University of New York (CUNY), immigrant taxation without representation not only challenges the legitimacy of America’s mantle of democratic governance but also provides a rationale and opportunity for organizing a progressive political majority.

Starting May 1, 2012, Lead Co-President and also a Civil Rights and immigration lawyer — Shirl Mora James, will begin a DREAM Act training video series that will keep DREAM Act activists and national Latino leaders UNITED and strong on this issue.  The Tequila Party is fully aware of this issue becoming more and more politicized and the Mexican-American matriarchy will not allow our children and our youth to be taken advantage of anymore.  We have already lost one of our own children — Joaquin Luna, when he took his own life because he felt he had no hope, and eligible Mexican-American voters in the Southwest will not allow his death to be in vain.

Lastly, if we do not see both Rubio and Romney obtaining solid commitments from GOP Senators from all high Hispanic populated states before the beginning of the 2012 autumn season (with Rubio taking the lead) we will consider their discussions of the DREAM Act mere lip service.  If junior Senator Rubio is unable to secure commitments from GOP Senators this year, perhaps he can support a Mexican Adjustment Act that would emulate the Cuban Adjustment Act.

About the National Tequila Party Movement:

The National Tequila Party Movement is a female-led political movement.  More females vote in Presidential elections than men strong Latina matriarchs are emerging.  It is our goal to communicate to females and Latina matriarchs across the nation with regard to the need for compassion towards undocumented immigrants and the need to fix the broken immigration system.  The Tequila Party is currently organizing a national tour of concerts, events, dinners and college rallies that will encourage a massive Latino Get Out The Vote and political participation.  This movement is a non-partisan movement.  We don’t care how people vote, we just want them to get on the early ballot system, become consistent primary and general election voters. 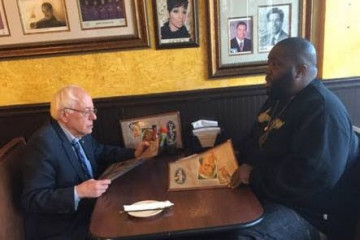