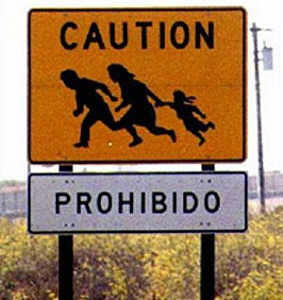 The detention of 200 child immigrants in temporary housing at Lackland Air Force Base last week was shocking and unsettling.

It put a youthful face on the problem of U.S. immigration. Here the “illegal alien” is a child from Mexico, Guatemala, El Salvador or Honduras crossing the South Texas desert or border port with no parent, seeking refuge from poverty, abuse, child sex trafficking, or just looking to reunite with their parents.

The problem is not new, but it is growing. The Office of Refugee Resettlement reports that during the past four months, 5,252 kids landed in U.S. custody without a parent or guardian. This is almost double what it was from the same period a year ago. Last month alone, 1,390 youths arrived.

The cause of the surge baffles even the experts. In part it may be due to tougher border security, making it more difficult for parents working in the U.S. to return for their children. The size of the Border Patrol has doubled in the past few years.

These child refugees are collateral damage of the inability of the Congress and the President to reach agreement in the past four years on comprehensive immigration reform in a politically polarized environment.

The Supreme Court heard an appeal of the Arizona law last week. If the justices uphold it, the law makes undocumented immigrants criminals of the state and places local law officers in the position of enforcing federal immigration law. It also makes anyone suspect who looks like they might be an immigrant and gives state and local officers the power to detain them until they can produce proper documents.

Don’t count on Congress to act on comprehensive immigration reform prior to the election in November. But you can be sure that the immigration issue will play a huge role in Presidential election politics, given the increase in the size of the Latino voting bloc.

Now some Republicans are having second thoughts about whether it is politically wise to use draconian measures like the Arizona law, so offensive to Latino voters, to deal with undocumented immigrants. Last week, Mitt Romney, an immigration hawk, appeared with U.S. Senator Marco Rubio (R-FL) in an effort to court the Latino vote.

Rubio has a version of the proposed Development, Relief and Education for Alien Minors (DREAM) Act that is scaled down for Republican Congressional consumption. It is hard to believe that Republicans in Congress have repeatedly rejected something as non-threatening as the DREAM Act, which provides a path to citizenship for young immigrants who have no criminal background and have proven themselves for a period of time as productive residents through college or military service.

Rubio’s version of DREAM would allow them to remain in the country temporarily under new kind of nonimmigrant visa, but it does not lay out a path to permanent residency and citizenship.

The DREAM Act is an easy compromise and would be a start down the path of a more comprehensive immigration package. But it would not put a dent in the mounting problems of immigration reform.

Comprehensive immigration reform would include a guest-worker program with temporary work permits to unauthorized immigrants now in the US, an entry-exit system that tracks immigrants, and permanent residency leading to citizenship for those who have the intent and shown their ability to become productive members of society.

The current federal immigration laws cannot track the flow of immigrants. Keeping undocumented immigrants in the shadows leads to human rights abuses like those experienced by the child refugees.

Robert Brischetto runs Social Research Services in Lakehills, Texas. He was executive director of the Southwest Voter Research Institute from 1982-1995. He can be reached at rbrischetto@wireweb.net.

Opinions expressed in this article are solely that of the author. The article is not intended to represent The Venture editorial policy and do not necessarily reflect the views of our staff, board of directors or supporters.

Safety advice for women in college 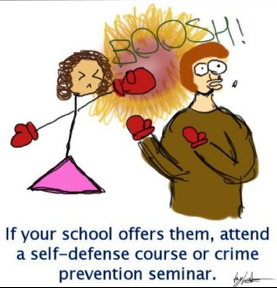