The Venture spent some time with Patricia Gras, a true inspiration to Latinas. Gras is a TV host and producer of Living Smart with Patricia Gras at Houston PBS and although she is no longer a staff member with PBS, the show will continue airing this year.

She now owns her own independent production company. Patricia has also won multiple Emmys and is a cancer surivor.

Felipe Campos: For those who don’t know, what is Living Smart?

Patricia Gras: “It’s a show about life skills such as finances, health issues, spirituality and well-being. Living Smart is shown nationally on over 200 channels. Really, it’s a show about getting the most of life.”

FC: Patricia, tell us about winning an Emmy, how did you feel about that?

PG: To me, winning six Emmys means a lot to the television industry. I have won them with a team of great professionals for the documentaries I did over Romania, AIDS and civil rights issues. We have also won another 170 broadcasting awards in addition to that, but I enjoy the work more than the awards themselves, although I am very thankful for them.

Gras has been with Houston Public Broadcasting System- Houston’s Channel 8 for twenty-two years. She started September 1990 as a contract hire, but in November 1991 she became full staff. Gras is no longer with PBS.

PG: “I still believe in the PBS mission to educate and inform; a network of values and truth.”

FC: What have been some of your contributions as a humanitarian?

PG: Always participate in the community to achieve better race relations and to empower women in the workplace. I have worked with environmental groups, received an award from the African American Chamber of Commerce, Interfaith Ministries and every ethnic group in the community. Although, I was born in the United States, my parents and grandparents were from other parts of the world so I see myself as a universal, multiethnic person. My company, Gras Productions, is about reconnecting the world, because I believe we truly are interconnected.

FC: Mrs. Gras, how is the entertainment business different than other industries?

PG: Entertainment is a creative business, but a fast-moving business. TV is exciting but very competitive and ego driven. With that comes lots of envy, talented people tend to lose themselves because they are not grounded. Take a look at Michael Jackson, Whitney Houston, both very talented who reached the pinnacle of success but also really fell hard. I call that being in “Una Montan~a Rusa” (a roller coaster ride).”

FC: You are a spiritual person, correct? What has been your spiritual journey throughout your life and career?

PG: I’ve always felt a connection to a higher divine power. I was raised Catholic but don’t consider myself religious. I am more spiritual. I believe in a higher power, divine love and a path to higher consciousness. It is something that has helped me deal with the entertainment world.

FC: As a role model, what advice do you have for Latinas in the entertainment industry?

PG: To my Latinas in the entertainment industry or anywhere, keep your priorities straight and understand relationships with yourself and others. Take steps to achieve goals, not just educated goals, but emotional, psychological and spiritual ones. Drugs and alcohol will only help you lose yourself. Have good manners, something crucial in life. Years back people were more family-oriented and valued the importance of manners which builds respect. To succeed, work harder, be more dedicated, and never lose opportunities to be the best you can be. 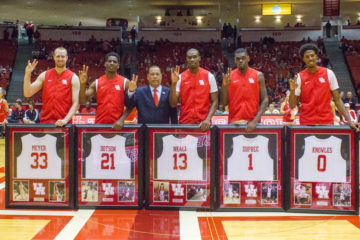