The Latino community has been buzzing ever since the Obama Administration’s announcement that certain young undocumented immigrants will be considered for relief from removal from the country.  The executive order will allow approximately 800,000 young immigrants to stay here legally without the threat of deportation looming over their heads.

After the announcement, Latino activist organizations flooded the media with messages of support for Obama’s DREAM Act lite  policy.

National groups like the National Association of Latino Elected and Appointed Officials, United We Dream, Somos Republicans, University Leadership Initiative and the National Tequila Party Movement sounded off on the issue:

NALEO, the leadership organization of the nation’s more than 6,000 Latino elected and appointed officials, said the following:

“We commend President Barack Obama and Secretary Janet Napolitano for taking steps to provide young people who were brought to the country through no fault of their own with some relief from deportation, and the opportunity to contribute to the economic prosperity and success of this great nation. This policy will strengthen the fabric of our nation by helping to keep families together and allowing immigrant minors and youth to remain in the country and pursue an education.”

“We look forward to hearing more about this policy change when the President directly addresses our membership on June 22nd at our 29th Annual Conference in Orlando, Florida. Our nation’s more than 6,000 Latino elected officials are ready to do their part, working with the President, Administration and Congress, to promote policies and legislation that will ultimately make the American dream a reality for those young individuals who are making contributions to the prosperity and fabric of this great nation.”

In a statement, United We Dream, a  national immigrant youth-led organization, applauded the executive order that resembles provisions of the DREAM Act, which was blocked by Congress two years ago.

“The United We Dream Network welcomes today’s announcement by President Obama to grant temporary relief to DREAM Act beneficiaries as a momentous act of courage and a profoundly important step toward justice for immigrant youth. The announcement comes after two years of organizing and advocacy by DREAMers to ensure that their lives are not put on hold and that their families are not torn apart because of Congress’ failure to act.”

“Today’s announcement answers the DREAMers’ call for immigrant justice and responds to the concerns of congressional and civic leaders across the political spectrum. Key Congressional members, from long-time champions like Sen. Richard Durbin (D-IL), Majority Leader Harry Reid (D-NV), Sen. Robert Menendez (D-NJ) and Rep. Luis Gutierrez (D-IL), to Republicans including Sen. Marco Rubio (R-FL), as well as labor, education, and faith organizations have all joined UWD in calling for action on behalf of DREAMers.”

“Somos Republicans would like to thank President Barack Obama for showing a Christian compassionate view toward our DREAM Act children.  This is a stepping stone in the right direction and towards legal immigration reform.  We have always supported the Development, Relief and Education for Alien Minors (DREAM) Act since it was first introduced in 2001 by Republican Sen. Orrin Hatch of Utah and had broad bipartisan support.  New tax payers must be supported without burdening existing American tax payers with more tax increases. Immigrants already contribute to the tax payer system via sales, tire taxes, liquor and tobacco taxes.”

ULI, a group of students wishing to address the obstacles facing undocumented students in college and upon graduating, showed their approval of the actions taken by the Obama Administration.

“Make no mistake: This decision was the result of advocacy by immigrant youth across the country. After rallying behind the Right to Dream Campaign which resulted in more than 90 immigration-law professors explaining to the President his authority to grant administrative relief and a provocative cover on TIME magazine, President Obama has garnered the political will to do the right thing. We will remain watchful to assure an appropriate implementation of this program.

“There is hope and a future for the thousands of students who have been raised as Americans and want to contribute to this country they call their home.”

The Tequila Party, is a female led movement that aims to fix the broken immigration system.

“The National Tequila Party Movement would like to thank President Barack Obama for giving our DREAM Act children and youth compassion and relief. He will be viewed to Latinos as our modern-day John F. Kennedy when JFK was confronted with the Civil Rights Issue. In light of extreme politicians who have used the immigration issue to demonize Mexican / Latino children and immigrants, we know this takes tremendous courage for any President to make this concerted effort within his/her 1st term.”

“Most Presidents in the last century of American history did not have the courage to address any sort of legal immigration method until after they were elected into their 2nd term. Some immigration progress was made via the Cuban Adjustment Act, however, there was little or no reform that affects other immigrants from around other parts of the globe. Both Ronald Reagan and President George W. Bush waited until after they were elected to a 2nd term in office. In fact, Ronald Reagan’s immigration decision helped fuel the economy when people who were once living in the shadows had the ability to invest in houses, cars and etc.” 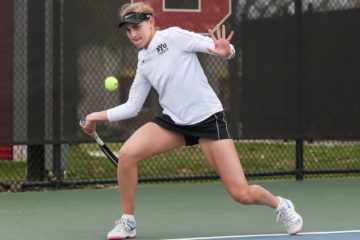