Houston Cinema Arts Society today announces that it is partnering with Talento Bilingüe de Houston, Latino Public Broadcasting, Houston Public Media, MECA (Multicultural Education and Counseling through the Arts) and Houston Grand Opera to present a screening of Mariachi High, a one-hour documentary for that will take viewers on into the dreams and dramas of Mexican American teenage-hood, through the lens of a competitive mariachi ensemble.

Mariachi High documents a year in the life of competitive high school mariachi musicians in the top-ranked ensemble Mariachi Halcon in the small border town of Zapata, Texas. While the competitors at Zapata High are featured in the film, MARIACHI HIGH looks at the bigger picture of kids in more than 500 school districts from California to North Carolina who spend their Saturdays rehearsing the art of Mariachi.

In all, Mariachi HIgh turns a positive lens on passionate young people finding their own unique voices through a connection to their cultural heritage. The brilliance of the music and the way the studentsʼ participation in the band motivates them academically speaks to a broad audience.

“The genesis for this film came in 2000 when Ilana, Kim and I were working on a special TV series on childrenʼs issues and the benefits of arts programs. We produced a story about an in-school mariachi program in Tucson, Arizona. It was striking to see the positive impact that the program had on the kids, and also the parents, who became more involved with their childrenʼs school as a result of the mariachi program,” said Kelly Sheehan, producer of Mariachi High. “By 2005, the popularity of these mariachi programs was growing across the U.S. We knew we had to explore the topic further. We were fortunate that Latino Public Broadcasting and the National Endowment for the Arts wanted to support the project from the start.”

After several years of research and development, Rubylake Productions started filming the movie in the 2010/2011 school year, following the teenagers at Zapata High School. The competitions featured in the film took place in San Antonio, Texas, in 2010 and 2011; José “Pepe” Martínez, one of Mexicoʼs most famous mariachi leaders, served as the host of one of the competitions.

Martínez is somewhat of a celebrity, serving as music director of one of the most famous and prestigious mariachi ensembles in the world, Mariachi Vargas de Tecalitlán. In addition, he served as the composer of the worldʼs first mariachi opera – To Cross the Face of the Moon / Cruzar la Cara de la Luna for the Houston Grand Opera.

As one music director explained, “Students come to school to read and write and do arithmetic. Playing mariachi gives them something to write about and something to read about. This is what gives them their voice. I think thatʼs what education is all about.”

The screening will take place at 7:00 p.m. on Wednesday, June 27 at Talento Bilingüe de Houston. A reception featuring coastal Mexican cuisine will be hosted by La Fisheria and its famous executive chef from Villahermosa, Mexico, Aquiles Chavez, prior to the screening at 6:00 p.m.

In addition, following the film, a question and answer session will take place with one of the documentaryʼs directors, Ilana Trachtman, and students and alumni from MECA will conduct a short mariachi performance

RSVP is required to attend the screening at Talento Bilingüe de Houston. Log on to www.cinemartsociety.org and click on Mariachi High in the middle of the home page.

For those who are unable to attend the screening, viewers can watch Mariachi High on Houstonʼs PBS Channel 8 at 9:00 p.m. on Friday, June 29th. 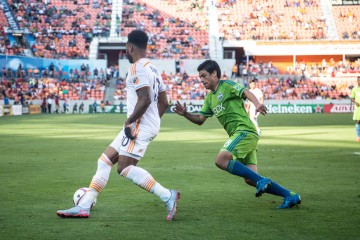