Nowhere else in the world will you be able to find the intensity that are the playoffs, but in America. It just wouldn’t be the same if you determined the champion by crowning the team with the best record.

Various European soccer leagues crown their champion based on yearlong standings, but how can you be certain that another team couldn’t upset them in a playoff game (hint-hint: college football). Those are just some of the things in life that we will never find out. Do bad teams intentionally lose games to gain better position in drafts; did Roger Clements take performance enhancing drugs? Those kinds of things.

Without the playoffs where would the 2007 and 2011 New York Giants be? Where would last year’s St. Louis Cardinals be? The 1994 Houston Rockets? The 2003 Florida Marlins? Most recently, where would this year’s Cinderella team be?

The Los Angeles Kings not only won the Stanley Cup Finals this year, they won it as an 8th seed, the first ever. Yes, they barely made the playoffs, and if you crowned the champion based on record then the Vancouver Canucks would be your champions. The same team that lost to the Kings in the first round of the playoffs, oh the irony! The Kings went on to beat the top three seeded teams in the Western Conference in a postseason where they weren’t even supposed to be in the playoffs.

At one point all three teams who play in the Staples Center were in the playoffs (Lakers, Clippers and Kings). Plus, there’s the Dodgers and Angels too. No one was paying attention to the Kings. However, when the Spurs eliminated the Clippers and the Thunder eliminated the Lakers, all eyes were on the Kings.

Nonetheless, despite being overlooked by all of America, Los Angeles didn’t forget who the new king of L.A. was. The new face of Los Angeles got huge ratings. According to SB Nation nearly one in every four people with a TV were watching game 6.

The St. Louis Cardinals had a similar run near the end of the season that allowed them to make the playoffs and ultimately win the World Series against the Texas Rangers. The Cardinals were 10 ½ games back of the wild-card leader with a month left. Somehow, by the end of the season, the Cardinals got on a hot streak and took advantage of the Braves losing streak and managed to make the playoffs on the last day of the season when they won and the Braves lost. The rest is history.

Seeing the 8th seed Kings win it this all this year is the equivalent of watching the Utah Jazz or Philadelphia 76ers win it all in the NBA. I mean, it’s just not going to happen. If Doc Brown from Back to the Future came to me one month before the playoffs and told me to bet all my money on the 76ers I would tell him all sorts of things. I wouldn’t touch that bet with a 10 foot pole.

This just goes to show that anything can happen in the playoffs. Like they say, the playoffs are a new season, forget about the regular season. Everyone in America should be grateful that were able to see history unfold before our eyes and not just crown the San Antonio Spurs or the Chicago Bulls champions just because they have the best record. 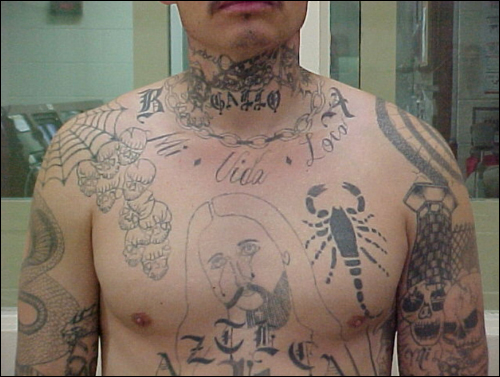