When the Pittsburgh Pirates finished first in the NL East in 1992: Aladdin was the biggest box office movie, “End of the Road” by Boyz II Men was the No. 1 hit on the “Billboard Hot 100” and Jay Leno replaced Johnny Carson as host of the Tonight Show.

The Pirates finished with a 96-66 record that year under skipper Jim Leyland, but lost the NL Championship Series to the Atlanta Braves in seven games.

Since winning their fifth World Series in 1979, the Pirates have only appeared in post-season play three times (last appearance in 1992). That’s not the worse part.

It’s not only been 19 years since the Pirates made the playoffs, but the Pirates haven’t had a winning season since Bill Clinton was elected president. The Pirates’ 19th consecutive season with a losing record is the longest in American professional sports history.

The city of Pittsburgh has been waiting for one measly winning season for the last two decades. It’s an embarrassing losing streak, but they are not alone. The Tampa Bay Buccaneers own the record for most consecutive losing seasons in the NFL with 14 years (83-96) and the Kansas City/Sacramento Kings own the longest losing season streak in the NBA with 15 years (83-97), but Bucs and Kings fans must feel grateful compared to Pittsburgh fans.

I’ll put it this way, some 19-year-old fans in Pittsburgh have never seen their favorite team end a season with a winning record, forget about making the playoffs, were talking about a sub .500 record.

It’s a humiliating streak but again, it’s not alone. The Chicago Cubs haven’t won a championship in 103 years, yes that’s right, a one-hundred and three year championship drought. In fact, the last time the Cubs appeared in a World Series was in 1945. We’re talking World War II! The Buffalo Bills hold an interesting streak as well. The Bills lost four consecutive Super Bowl losses between 1991 and 1994.

Nevertheless, both the Cubs and Bills win games, along will every other professional sports team in America because that’s the goal of the game. It’s what keeps sports interesting, too see 30 professional sports teams striving for the same goal, only to see one take it all at the end. Who doesn’t want to win? It looks like the Pittsburgh Pirates don’t, but how can that happen?

Last year the Pirates made one of their most successful runs in recent history for first place in the NL Central. At one point the Pirates were a half-game out of first place with a 49-44 record, but ultimately came back to life and finished with their record 19th consecutive losing season.

Although they did not make the playoffs nor finished with a winning record, again, the Pirates for the first time in a billions years gave their fans hope. Bitter sweet hope, but hope that the Pittsburgh fans can take with them in hopes of a positive future.

This year the Pirates have the same mentality. Led by 25 year-old outfielder Andrew Mccutchen and right-hand starting pitcher James McDonald, the Pirates are one game over .500 and are only three games behind first place with a 28-27 record. However, let’s not forget that the MLB season is not a race, but a marathon. There’s still more than half a season left and as they say, the season doesn’t really start until after the All-Star break.

Nonetheless, I’m sure that all of America (myself included) is pulling for the Pirates to finally break the streak this year. Let’s go Pirates.

A new genre of music: Spanish with an English ‘swag’ to it 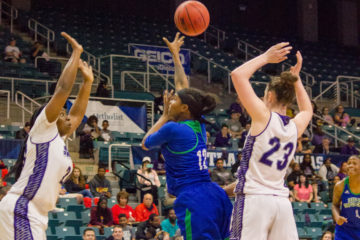