RZA says he’s not like the Blacksmith, the titular character from his debut kung fu film The Man with the Iron Fists (TMWIF). After sitting with him for thirty minutes along with several other Houston media outlets at Warehouse Live, I’d have to disagree. Although a very funny and nice guy in person, there’s an intensity and seriousness that definitely permeates the few clips of the Blacksmith visible in the film’s trailers. It’s that same intensity that immediately convinces you that despite having only acted in and scored several Hollywood films, RZA may have a genuine hit on his hands.

It may seem strange that a hip-hop mainstay would choose to debut as a film director and writer in a genre that’s been ignored in recent years by Hollywood, but kung fu has been a part of his life since childhood. During that time in his life, RZA would spend hours on hours watching wuxia movies, marveling at the fight sequences and the stories of people from humble beginnings who go on to defend their village and destroy an opposing force. To Wu Tang Clan fans this influence should already be evident since martial arts have served as a major source of inspiration to the group’s music. Even now, despite his busy schedule, RZA is able to list off a few recent Asian imports from the film genre that he admires (Ip Man, 14 Blades were among them).

Speaking about this year’s recent Indonesian film, The Raid directed by Gareth Evans, RZA states “The Raid was dope. What’s the problem with The Raid though? The acting.” Recognizing this as a problem prevalent in the genre, RZA enlisted friend and former The Next Three Days’ cast member, Russell Crowe; to bring a level of acting he considers a rarity in kung fu films. Although initially uneasy about doing the film because of its kung fu elements, RZA assured Crowe that with the presence of Chinese kung fu pros like Cung Le, Gordon Liu, and Rick Yune, RZA had “All the kung fu he needed.” Joined by Kill Bill’s Lucy Lui and 70’s blaxploitation idol Pam Grier RZA believes the film’s cast will help separate it from others in a genre that he says, “Sees fifty to a hundred productions a year” in Asia. In addition he comments, “they [Asian-produced films] don’t have hip-hop,” in reference to his film’s score that uses reimagined Wu-Tang songs along with tracks from others like Kanye West and The Black Keys. RZA hopes that his score will be able to do what his favorite movie soundtracks like The Shaft and Superfly were able to accomplish: “Make a person feel like they’re watching the movie again while driving around.”

A huge part of what provided RZA with the know-how and skills necessary to produce his first film was his tutelage under renowned director Quentin Tarantino (producer of TMWIF). The Man with The Iron Fists director says that when he first met Tarantino, the man behind Pulp Fiction impressed him with “the thousands of other [non kung fu] films in his catalogue and brain.” Seeing an opportunity to learn the craft of directing from one of his generation’s greats, RZA asked to observe Tarantino’s direction during Kill Bill, Tarantino’s own take on the martial arts genre.

RZA recounts sitting in a balcony overlooking the production with a composite notebook, eager to take record of Tarantino’s techniques. Through this relationship RZA wound up scoring Kill Bill. RZA then joined Tarantino again during the production of Death Proof, continuing his study of Tarantino’s strength in pacing and stylistic finesse. Years later in China on the set of The Man With The Iron Fists, Tarantino was the one who tagged along.

When retelling the instance where Tarantino had assured him in classical kung fu speak that “The student had become the master” RZA gets up right in front of me and releases a fighting sound joined by a quick two-step kung fu technique. Still, RZA admits that he was nervous when Tarantino saw a first cut of the film, saying that he only became certain that he had something good on his hands when he had heard Tarantino’s laughs and oohs and aahs.

RZA’s dedication to learning the ins and outs of directing isn’t astonishing to those who’ve watched his acting career take off. Years ago when Samuel L. Jackson publicly discussed his frustration with hip-hop artists taking actors’ jobs, RZA took heed and took up with an acting coach and studied classical acting techniques. He followed that up by carefully selecting small roles in movies like American Gangster and Funny People, earning a reputation for both his dramatic and comedic roles. This culminated in a series regular role last year on the Showtime series, Californication; a role that he took so that filmgoers wouldn’t confuse his personality with TMWIF’s silent introvert, The Blacksmith. In another case of serendipity Jackson later told RZA “Go ahead and put the wig on, you’re Afro Samurai (An animated kung fu series in which Jackson voiced the title role and that RZA scored). You’re ready now.”

For all his study and desire to be taken seriously as an actor, RZA still set out to create an entertaining film. In this aspect he tells us that his writing partner and horror movie director Eli Roth really helped. “Eli is an insane guy. We wanted humor, irony and outrageousness.” And of course, like any film related with Roth, RZA states that TMWIF has enough gore to warrant its R rating. RZA also cites John Woo’s take on kung fu films as a large influence in making his film entertaining, stating, “look at John Woo, he has long shots, but everything is blowing up in that shot.” With this type of film in mind RZA says his film has “Got some eye candy and lines that make you get your laugh off.”

Undeterred by the release of his film in November, the time of Oscar contenders, RZA thinks viewers can attend those movies Tuesday or Wednesday then see TMWIF on the weekend.  “I feel like there’s two holidays. Thanksgiving and Christmas I have your Thanksgiving turkey right here. Then Quentin comes out with Django [and Chain] around Christmas. I honestly believe that.” We’ll see if viewers are left satisfied when The Man with The Iron Fists on November 2. What’s certain at the very least is that this film’s got a unique chef at the oven.

*Thanks to Breanna Cleveland for helping me out with this one. 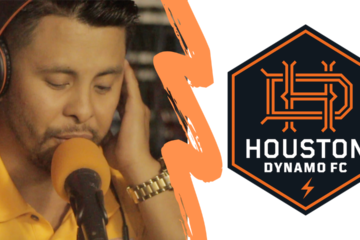