A spirited match between Honduras and Peru culminated in a 0-0 draw at BBVA Compass Stadium in Houston, TX. Boniek Garcia, a Dynamo and Honduras fan-favorite, applauded the 9,142 fans that fought the traffic and congestion that consumed downtown Houston Wednesday night.

“I was glad to see so much blue in the stands,” Garcia said. “The only reason I played was because the fans were so vocal! Coach had to put me in and I was glad to play.”

Garcia came in the 74th minute replacing Andy Najar who dominated the left flank throughout the night. Najar was one of many players Honduras head coach, Luis Fernando Suarez, wanted to test before the upcoming Central American Football Tournament (UNCAF) that begins in January.

“This is the base of the team we will see at the nations cup tournament,” Suarez said. “Games like this show me the good things about my team and the bad things which is what we need as we continue to develop.”

For Raul Ruidiaz, the starting striker for Peru, this game showed just how far Central American nations have developed their own authentic style. Additionally, Ruidiaz emphasized the importance of international friendlies for his team that had a median age under 25 years.

“If you take the score aside, this was a very good match for us,” Ruidiaz said. “You look at the project we’ve undertaken and see the progress of this young groups is very evident. When you look at our opponent you see how much they’ve grown since we last played and it was a tough game for us, they deserve a lot of credit for what they did to stop us.”

Honduras will begin preparation for the UNCAF tournament where they are in the group of death with El Salvador and Panama. Peru will face Chile at home in March 2013 during the 11th fixture of CONEMBOL world cup qualifying. 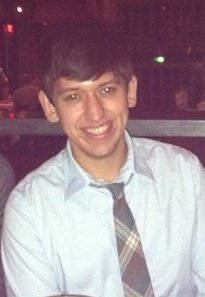