Local indie-rock band, Midnight Norma Lane, impresses on my musically illiterate heart with its debut EP, Moxy Kid. I have to admit, I wasn’t sold at first: The six-track EP seemed plain and didn’t offer anything musically stimulating. But, Moxy Kid is one of those albums you grow to love — and I’m beginning to.

The droning, grunge feel wasn’t appealing at first because every track seemed to drag. But combined with the ambient melodies, the sounds work together to create something worth listening to. Of the six tracks, “Dead Actress,” “Words Like Bones” and “Micro Maps of Happiness” stood out the most.

“Dead Actress” plays with its name lyrically and could act as a monologue to a dead actress who questions her place in a relationship. The intro sets the mood perfectly, while the rift keeps it going by tying the lyrical and musical aspects of the song together. My favorite parts are the catchy hooks and middle eight, the melody toward the end of the song, because they give off this indescribable warmness and familiarity, which complements the song.

“Words Like Bones” has a darker, eerie vibe and is more dramatic than “Dead Actress.” There’s this juxtaposition between the simplicity and cryptic nature of the lyrics that works: The lyrics give off this sense of deep regret and are vague enough with its favorable metaphors to be relatable. Musically, the song has this chill, I’m-lost-somewhere-in-the-dark-woods kind of feel that picks up toward the end and adds to the overall vibe. The seamless transition into an ambient rain track during the last 20 seconds of the song is like the cherry on top because it offers some sort of calmness and doubles as a transition to the next song, “Micro Maps of Happiness.”

“Micro Maps of Happiness” is a very simple song: It only has two verses, and the lyrics speak for itself. This track is my favorite on the EP because the latter half is purely instrumental, giving the song more meaning. Listening to it brings you to this kind of ethereality and draws out these feelings that mimic the song’s overall point. The hypnotic melody woos me as it picks up toward the end and is followed by another ambient rain track with a train whistle added to it.

I give Moxy Kid a 3 out of 5 because even though it’s a decent EP with some enjoyable tracks, I wouldn’t listen to it on a regular basis unless I was in the mood for it. Assuming Moxy Kid is on the album cover, Moxy’s cute just not entirely for me.

The EP is available to download for free on Midnight Norma Lane’s Bandcamp page,

To learn more about the band, visit its Facebook page.

**The views expressed by FUHA’s contributors are not representative of FUHA. However, we like these guys and thank them for offering their time. Sound off in the comments to let us know what you think of the band’s music. **

The Best Commuter Cars from Ford 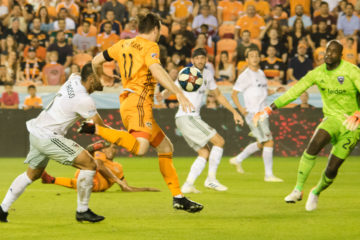