One of the most popular boy bands today, One Direction, released their second album “Take Me Home” Monday night leaving millions of fans thrilled.

Less than a week after its release, the album climbed the charts in its first release selling over 540,000 . “Take Me Home” went from blissful, to melancholic, to romantic. It’s defiantly a new transition for One Direction from their last album, ”Up All Night”.

“They show more confidence,” Joanna Barajas,president of a Houston One Direction fan club said. “”Up All Night” was just the beginning of their career; however, the second album is more about their life experience.”

One Direction, didn’t only release their secondary album but they announced a 3-D movie, which will be in theaters in 2013.

‘’I’m super excited about the 3-D movie, I can’t wait to watch the boys on big screen,’’ Samantha Salazar, a One Direction fan said. ‘’I definitely think 2013 will bring them big things. I can’t wait to see all the awards they will be bringing home next year.’’

Niall Horan, a member of One Direction announced recently that they could be releasing 3 more albums in 2013.

Fans, Directioners, as they call themselves, are eager to see what One Direction’s next step is. 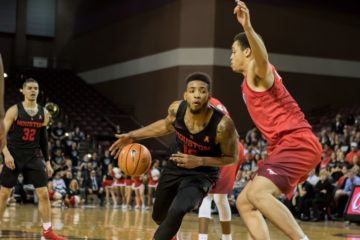