I have been a proud member of an undocumented youth movement ever since I joined a “DREAMer” organization called University Leadership Initiative (ULI) while I was attending the University of Texas at Austin (UT) back in 2008. Ever since I have been advocating the DREAM Act, a federal bill that would allow undocumented students an opportunity to become legalized and pay in-state tuition.

ULI was a group of people who were my most trusted friends, my family. ULI strives to create a safe haven for students who have lived with the stigma associated with their status. Students can be among people who know what is like to be undocumented, and can learn the power their experiences has given them and use it to improve the conditions of future generations.

When I returned to the Houston area, I became extremely interested in the University of Houston. As part of ULI, I had participated in state and national initiatives conducted by the undocumented youth movement via our networks of “DREAMer” organizations: United We DREAM at the national level and the Texas DREAM Alliance at the state level. Through my participation in DREAMer networks, I met with activists from across the nation, however I never saw DREAMers from UH. I came to find out that UH does not have a DREAMer organization. Houston has a DREAMer organization (FIEL) however they are primarily based at the community level. Why does a school that has twice the number of undocumented students than UT not have its own version of ULI? This has bothered me since my last year at UT (I was President of ULI) but I could not devote time to it until I graduated last May.

Why did it bother me so much? Because UH was the school that started it all in Texas. In 2005, UH had an organization called Jovenes Immigrantes por un Futuro Mejor (JIFM), the first Texas DREAMer organization. JIFM is remembered by the oldest DREAMers among us who were active at the time.

This past summer I reached Mr. Raymond Ruiz, the editor of this newspaper whom has proven to be an amazing ally. I found out that although a dynamic campus, UH did not have much student life. “A commuter school” Ray called it.

Ray introduced me to the people at the Center for Mexican American Studies (CMAS). CMAS proved to be a ready ally and through them I found the students I sought. CMAS has a program where many first-generation students at UH (primarily Latino), along with many DREAMers, can find resources that help them be successful at the university level. At a second meeting, I presented to them the idea of a DREAM organization. I told them of my struggles, how ULI helped me find success at UT and why such an organization is needed at UH. I bared my soul to them and I found their attention to be unwavering, their eagerness, and their unspoken nods of agreement inspiring.

I left with a list of 20+ names. We arranged a meeting to take place on Election Day. Six people replied to the email. At this initial meeting we began the journey. I know the path will be long but the result will be worth it. Six people will begin this, and although the number is small I know it only takes a small group of committed people to change the world.

If you would like to join (you do not have to be a DREAMer) you can reach me at daniel.mty2@gmail.com.

Police looking for information about murder 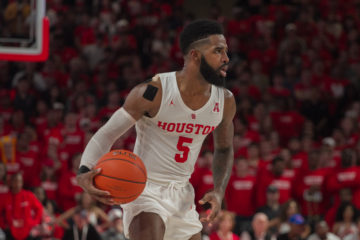