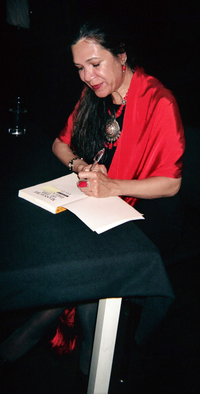 Ana Castillo (born June 15, 1953) is a respected poet, novelist, short story writer, and esaayist. She was raised in Chicago where she lived with her parents, Raymond and Raquel Rocha Castillo. Educated in the public school system, she wrote her first poems at nine years old following the death of her grandmother.

Her beliefs in feminist and Chicana issues are central themes in her writings. She claims her writing encompass all genres.

Castillo’s works include The Guardians, Peel My Love Like an Onion, So Far from God, The Mixquiahuala Letters, and Sapogonia. She has written a story collection, Loverboys; the crtitical study Massacre of the Dreamers; the poetry collection My Father Was a Toltec and Selected Poems; and the children’s book My Daughter, My Son, the Eagle, The Dove.

She received her B.A. from Northeastern Illinois University in 1975, and a M.A. in Latin-American and Caribbean studies from the University of Chicago in 1979. After receiving her Bachelor’s degree, Castillo moved to Sonoma County, California to teach. She received her Ph.D. in American studies from the University of Bremen in 1991. Her dissertation was on “Xicanisma,” a term she created to describe Chicana feminism. This dissertation was published as Massacre of the Dreamers: Essays on Xicanisma 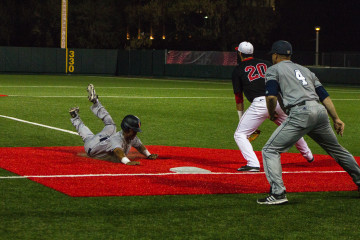