Ted on DVD, great stocking stuffer for your ‘Thunder Buddy’ 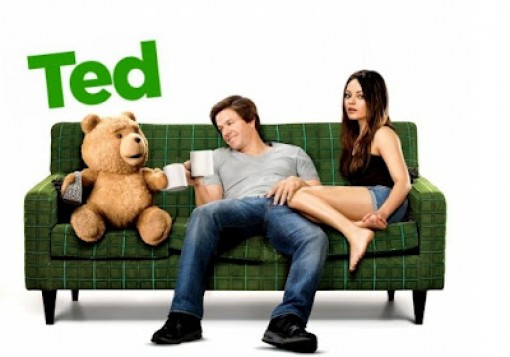 Ted on DVD is outrageous, crude and hilarious. If you missed out on the raunchy comedy at the theater, the home version brings you a similar cinematic experience (especially Blu-ray) with no-holds barred outtakes.

The movie focuses on the lives of rental car customer service agent John Bennet (played by Mark Wahlberg), his career-minded girlfriend Lori Collins (Mila Kunis) and his best friend since childhood Ted (voiced by the irreverent Seth Macfarlane). Ted is a stuffed bear that came to life after a lonely eight-year-old John wished for a friend that could “really talk to me”. After a magical moment that freaked out his parents, John and Ted vowed to be “thunder buddies for life” as they defiantly flick off the “farts” God hurls their way for 27 years.

Everything began to change once new girlfriend Lori Collins became a part of their lives. Ted revolves around the hilarious and sometimes heartbreaking situations the unlikely trio get into. Tension builds as Lori is in need of a man, not a boy with a bear. It all comes to a head when Lori tells John that in order to salvage their relationship, he must kick out Ted.

Ted is easily one of the best comedies of 2012. Fair warning, this is not your mother’s kind of movie, let alone a movie you should take a child to go see.

The bonus features include a Gag reel, behind-the-scenes making of movie, and a commentary of the movie with Seth MacFarlane, Alec Sulkin, and Mark Wahlberg. If you found the movie hilarious, you’ll bust a gut throughout the gag reel.

Due to the heavy use of CGI throughout the entire movie, the behind-the-scenes videos were quite interesting to watch. They showed the special effects team bringing Ted to life and how they got the actors to interact with their CGI co-star.

Every second of the behind-the-scenes segments felt like a new experience, something fans will love. The Blu-ray version contains even more ultra exclusive bonus content.

Want more interesting tidbits of information or to be alerted about my next article? Follow me @Breanna_C_ on Twitter!

Ted on DVD, great stocking stuffer for your ‘Thunder Buddy’