When someone eats their dinner, would it ever cross their mind to the life the animal on the plate once lived? Or just how the process actually is for the animal to become the food they consume? An animal rights group called F.A.R.M or Farm Animal Rights Movement has made it their mission to travel the nation educating the people on the cruelty that can be associated with the food processing industry. They do this by using a truck that has LCD monitors located on the sides of them which allows pedestrians to watch an informative four minute video.

The video shows how  farm animals are treated on some farms and as a reward for watching thus video; pedestrians receive a dollar in reward.  I spoke to Andy Taybar, a member of the organization to learn more about this animal rights group.

Breanna Cleveland: So Mr. Taybar, when did this organization begin?

Cleveland: Mr. Taybar, would you mind telling me exactly what this organization is? And also, what does the “10 billion lives” located on the side of the truck mean?

F.A.R.M member: Well the 10 billion lives (on the truck) refer to the 10 billion farm animals we kill every year for food. We visit a lot of college campuses, and street festivals, and occasionally do a street-side presentation. We pay people one dollar to watch an informative video that is about the treatment of animals on farms.

Cleveland: Do you feel that it has made an effect, positive or not, on the people who watches it?

F.A.R.M member: It has made a difference. Something that people do is they take a pledge to fight the cruelty that they have just seen by having animal-free meals between 0-7 days a week. 84% of the people who watch it choose to reduce their animal product intake. We actually keep up with the people by sending them an email to see if they decided to keep their pledges. Because of these numbers on average, for every dollar we (the organization) spend we save ten animals. So there is a positive effect. I think it’s affecting people because they never thought they would see cruelty like that happening on farms. It shocks them to see how they are being treated and raised. Some people are saddened when they see it, some are distraught. It may not make them feel good, but it’s a very empowering video and it lets them know unlike other problems in the world, this is a problem you can do something about.

So you as the reader, how do you feel on the matter that is animal cruelty?

If you want to know more about the organization, please visit www.farmusa.org for more information.  And if you wish to see this  four minute video, visit www.10billionlives.org to view it. Fair warning, it can get very graphic at certain portions of the video.

First time at the capitol 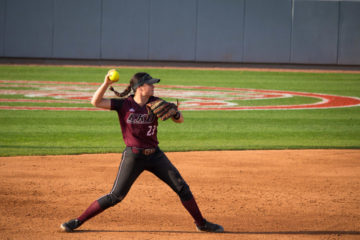