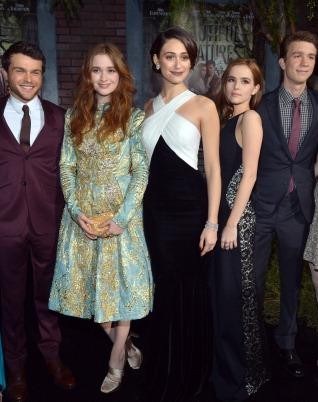 “Beautiful Creatures,” a supernatural love story, debuted Thursday. The Southern gothic novel is centered on mortal teen Ethan Wate and the supernatural stunner who loves him, Lena Duchannes.  Already, the movie adaptation of the popular book series is generating plenty of buzz. Some of the fresh-faced young actors from Beautiful Creatures tell us more about their experience on set and their characters:

Englert plays Lena Duchannes, a powerful being with supernatural abilities and strong powers.  Throughout the movie she falls in love with small-town guy Ethan Wate. Englert was able to take inspiration from the novel and relate to the character in real life.

“I was very familiar with the moving around side of Lena’s personality and that barrier, that fake strength that you put up to be able to deal with the hello and then goodbye that follows so quickly” Englert said.

Lena’s love interest, Ethan Wate, is brought to life by Ehrenreich.  Ethan falls in love with Lena even though she has a not-so-secret dark side. Lena warns Ethan against getting to know her. He refuses and insists that she is the girl that appears in his dreams. The young couple become so close that Lena tells Ethan all her families’ secrets and dark powers.

“I love the character I got to play in this film” Ehrenreich said.  He feels Beautiful Creatures was his best opportunity to develop as an actor because of the characters and scenes.

Vicious and popular, Emily Asher has her eyes on Ethan but suffers a broken heart when he falls for Lena.  Zoey Deutch plays the manipulative Emily and found it hard to not pass judgment on her character.

“I had to understand Emily’s position and where she’s coming from and understand her role in the story as well” Deutch said.

Deutch found inspiration by empathizing with Emily’s problems in romance.

Thomas Mann is Link, Ethan’s best friend. Beautiful Creatures is one of his first movies, so he and some of the other young actors got a lot of support and coaching from the veteran actors.

When asked what the challenging part was for Mann on the movie set he explains, “The challenging part for me was getting the accent down and not making it over the top; I wanted Link to feel like a real small town kid, not too sophisticated, not trying to be too cool. I just wanted him to feel simple, like he grew up in a small town. He has a very narrow world view and so I wanted him to sort of seem that way. I had to stop being cool for one day.”

Early critical reviews have been mixed, but critics don’t always see eye-to-eye with the teen audience this movie shoots for. If the movie gains momentum or has a strong international showing, expect to see the rest of the book series by Kami Garcia and Margaret Stohl also turned into a movie franchise. 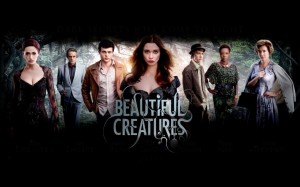 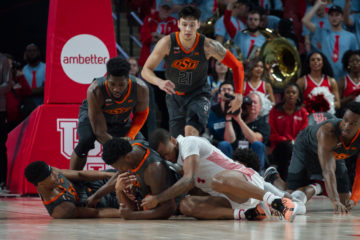