Composite sketches of what the biological parents of an abandoned newborn may look like have been released by the Harris County Sheriffs Department in hopes to locate them.

The infant, called Baby Chloe by hospital staff,  was discovered on Tuesday, February 19, 2013 by a resident walking her dog at an apartment complex located at 11111 Grand Road in Cypress, Texas.

The sketches of the baby’s parents have been created solely based on the infant’s photo and not on the description given by any possible witnesses. Harris County Media Relations manager Christina Garza hopes to locate the parents of the newborn so they can be charged for abandoning their newborn.

“The mother could have left the infant at a police station or at a hospital and no one would have questioned her,” Garza said. “However, because the way in which she decided to abandon her baby could have harmed the newborn, she committed a felony and faces child endangerment charges.”

The state of Texas Infant Safe Haven Laws allow for the biological parents of a child that is 60 days or younger to be dropped off at any emergency medical services provider, police station or hospital and remain anonymous. Any identifying information, documentation and any other records regarding a person who voluntarily delivers a child to a designated emergency infant care provider is confidential and legal. The designated emergency infant care provider has no legal duty to ascertain the parents identity as reported by the U.S. Department of Health & Human Services website.

The infant was placed in a bag and abandoned by her parents when found last Tuesday. The newborn’s life was in danger, and the mother will likely be pressed with federal charges and loss of custody when found according to the sheriff’s office. Baby Chloe is currently safe and has been placed under the custody of Child Protective Services. 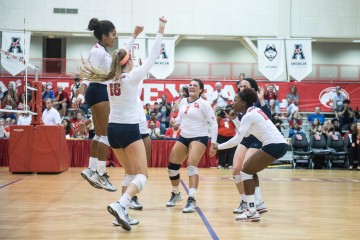