A cold Friday night with hot bats propelled the Houston Cougars baseball team to their first win of the season over the Northeastern Huskies, 9-3.

Early on in the game, it looked as if it would’ve been a long night for the Cougars a senior pitcher Matt Hernandez gave up two runs in the first inning. Hernandez got into a groove from that point on to pitch five scoreless innings.

The same couldn’t have been said for Huskies starting pitcher Chris Carmain, who was bested when the Cougars ran away with the game in the third inning by scoring five runs.

The Cougars tallied up 10 hits, one of which was a homerun courtesy of freshman Justin Montemayor.The majority of the hits came from the bat of another freshman, Josh Vidales, who went four-for-five. Junior Frankie Ratcliff also contributed to the win with two RBIs, and fellow junior Caleb Barker had two homeruns as well.

The Cougars put together a complete team effort, which helped them win convincingly. This was the first of a three-game series against the Huskies, which continues 6:30 p.m. Saturday at Cougar Field.

UH Alumni: Playing Soccer For A Better Cause 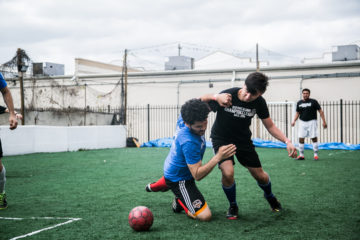