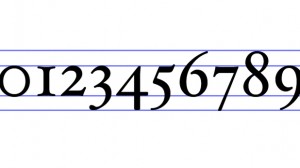 Web typography can be a very tricky thing to deal with. Often times people who don’t know much about typography will not know there is a wide variety of typographic features within typefaces. There are things known as small caps, old style numbers, different character sets for different languages. There are simply a lot of hidden treasures within type that needs to be utilized, especially on the internet.

As Richard Rutter says, “Good typography induces good mood.” His goal is to improve the user experience online through typography. He introduces the crowd of 200 to concepts of typography that are not discussed often except in design schools.
“Forty five to 75 characters is a satisfactory line length,” he says.
With this in mind, he introduces the audience to a basic HTML page with no formatting and then shows a page with appropriate line length. The difference is at once notable. The second paragraph is easier on the eye and looks more formal and presentable.
Richard doesn’t expect everyone to leave without telling them about small caps and old style numbers. Small caps are capital letters that are the size of the x-height of the typeface being used. So essentially, the height of the x. This prevents the reader from focusing on one word in a paragraph, instead of the paragraph itself. They also make the paragraph look aesthetically pleasing. Old style numbers also act in a similar way. They drop below the baseline of a sentence, similar to that of a g or a j, readers would be hard pressed to find old-style numbers within a large body of text. These typography elements that Richard talks about are age-old type characters that the web has yet to properly incorporate, but with society gaining an awareness for good design, web typography could very well be on its way to becoming a more noticeable art. 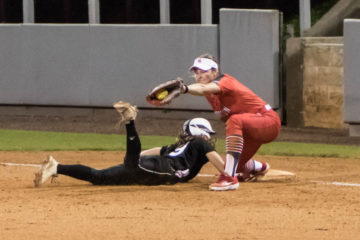