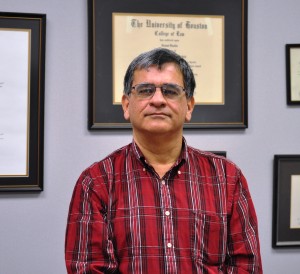 Ernest Davila was born in Corpus Christi, TX.  His parents were from Monterrey, MX and moved to the U.S. in 1948 and became citizens. Before becoming a paralegal program director, Davila was hired as a prosecutor for the District Attorney’s office upon graduating law school at the University of Houston in 1988.

He represented the state to maintain the convictions, worked on appeals, and worked with child prosecutors on their cases. He was there for 10 years and worked part-time teaching at a proprietor school. Previously, Davila had been in the U.S. Army.

“They took me and told me you’re the legal clerk now and I just kind of learned it on my own and that’s how I got involved, if it wasn’t for that experience, I wouldn’t have realized that I have that passion” Davila said.

As a paralegal program director at San Jacinto College North since 1999, each semester he’s met unique students with a goal in mind, to serve the community in legal matters. “I know I get the greatest satisfaction when a student calls me and tells me I got a job, I’m working as a paralegal, and I know I had something to do with it. It means a lot to me.”

His next goals are to write a paralegal textbook and a fictional novel. He also shares a great interest in real estate and plans to buy properties in the future. His knowledge in legal studies has made him an influential Hispanic leader in the government field.

“I feel that I’m giving back; I feel that I’m making a difference in people’s lives and my students’ lives” Davila said. Davila’s character and hard-work made him out to be who he is today, intelligent and an influential Hispanic leader. 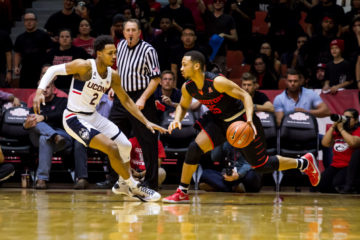