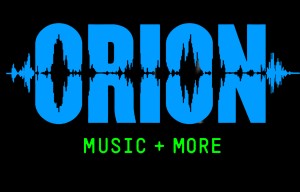 Metallica announced the lineup for their Orion Music + More Festival today. In addition to the iconic band, the festival will feature other big name acts like Red Hot Chili Peppers, Rise Against and Deftones as well as 27 other bands across five stages.

The two-day festival will be held on June 8 and 9 on Belle Isle in Detroit, Michigan and will include other activities inspired by Metallica member’s passions and hobbies such as a James Hetfield’s “Custom Car and Motorcycle Show,” Lars Ulrich’s film showcase “Hit The Lights Films,” Kirk Hammet’s horror museum “Kirk’s Crypt” and Robert Trujillo’s skateboarding half pipe “Motorbreath Mini Ramp,” as well as a Metallica memorabilia museum, a lounge area for Metallica fan club members and a rock n’roll swap meet they are calling Ktulu’s Emporium which will be a place for artists, collectors and others to sale their memorabilia.

This is the band’s second year putting on the festival which was held in Atlantic City last year and featured the band, which headlined both nights, along with the Arctic Monkeys, Avenged Sevenfold, Modest Mouse, Volbeat and The Gaslight Anthem. The festival was well received by fans.

Drummer Lars Ulrich said, “Last year’s Orion Music + More Festival was hands down the highlight of the Metallica calendar. A great time was had by all, especially the band members. The fact that it also resonated with enough of our fans and friends that it warrants another go-around in ’13 is beyond exciting.”

Much like last year, the festival is not a place only for metal and hard rock fans. It also includes bands from different music genres such as punk rockers, Dropkick Murpheys and The Bronx, indie bands, Silversun Pickups, The Joy Formidable, Japandroids and dubstep artists Datsik and Borgore.

Tickets for the festival go on sale Friday, March 1 at 10 a.m. ET, a presale for Metallica fan club members will be between 10 a.m.-10 p.m. ET on February 26. There will be two types of passes offered, general admission for $150 and VIP tickets for $750, both of which include admission for both days. Travel packages are also available. All tickets can be purchased at http://www.orionmusicandmore.com/tickets/

Metallica performed both nights last year and their sets included the playing of Ride The Lightning and The Black Album, two of the band’s classic albums, in their entirety. The band has not yet said if they will play both nights or if they will play any of their albums this year, although a trailer on the festival’s website features the “Spirit of Detroit” statue holding it’s sphere as well as a figure appearing to be Metallica’s “Lady Justice” which appeared on the band’s album cover for …And Justice For All, possibly hinting that the album will be played this year.