As the National Rifle Association’s numbers grow, it has ramped up minority outreach. Colion Noir, Youtube personality and gun enthusiast, is the latest contributor to NRA News. Critics contend that the NRA continues to be predominately Caucasian and male, while often portraying minority men in a negative light during ad campaigns.

The NRA’s website says that the association features “millions of Americans representing a diverse contrast of age, sex, race and religion.” The NRA does not ask new members questions about their race or ethnicity. Even with a checkered diversity record, some minorities are voicing their support for the association.

Eduardo Jozami, University of Houston student and NRA member, supports the NRA because it defends the right to bear arms.

“I just wanted to support them a little, they say they’re one of the only ones that fight for our gun rights,” he said.

“My Father was a cop. He taught me gun safety and has in his life been a member also. It’s about using every resource available at your disposal to ensure we can have the full American Experience,” he commented on YouTube in response to backlash concerning his membership.

Although some minorities see the NRA as beneficial, minority empowerment organizations, such as the NAACP, have criticized the NRA for misrepresentation of minorities.

Kweisi Mfume, former president of the NAACP (National Association for the Advancement of Colored People) disapproved of an old NRA commercial which featured the mug shots of mostly Latino and African-American men implicated for gun crimes.

“While the NRA plays on our worst fears and racial stereotypes, young people are dying on our streets and children who found the family handgun are dying in their homes it’s time to put a stop to the killing,” said Mfume.

LULAC (The League of United Latin American Citizens) also criticized the NRA, along with other groups, for running ads which took an anti-immigration position in 2010. Calls to the Houston LULAC office have yet to be returned.

Render, however, believes that the NRA can benefit minorities.

“I am glad that I have an organization that has programs and classes for all of us to use at our disposal,” he said.

“There is also a bunch of insurance things you get if you apply to them all,” he said.

The NRA offers yearly memberships starting at $35 and offers insurance packages for certain types of memberships. Since December 23, membership has increased from 4.1 million to 4.2 million, according to analysis done by Politico.

These NRA members may not only be breaking ethnic stereotypes, but political stereotypes as well.

Jozami is also not a member of a political party.

“I’m not too political myself at all. I’m seriously a jellyfish floating in a large open bay,” Jozami said.

Render said he uses guns as a means of protection.

“We have no Black NRA and until we do, I will continue to use the organization that my white counter parts use to “protect” them against law makers infringing upon 2nd Amendment rights,” he said.

Jozami doesn’t see guns as a means to enact violence.

“I have guns because I was raised with them all my life and I see them as a tool, not a weapon,” said Jozami.

Video: NRA plans new campaign to reach out to minorities 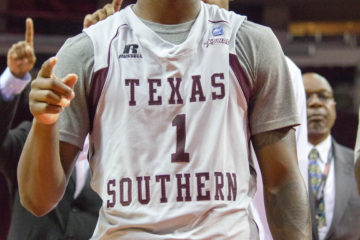