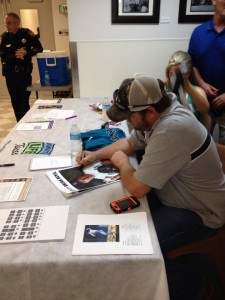 “I appreciate what you’re doing here,” Deputy Bevil said to each supporter. “Thanks for helping out.”

Deputy Brian Bevil, 41, a former Major League Baseball pitcher for the Kansas City Royals gave his thanks to fellow members of law enforcement for holding a blood drive in his honor after he was diagnosed with colon cancer.

Law enforcement officers from every level filled the room as they had their blood drawn for the cause.

For more than 10 years, Deputy Bevil has dedicated his life to serving the citizens of Harris County and was recently diagnosed with colon cancer after undergoing a colonoscopy to make sense of the discomfort in his stomach.

“It was out of the blue. I went in for a regular checkup and then they had me do a colonoscopy due to stomach pains,” Deputy Bevil said. “The doctor later contacted me and said I had colon cancer.”

The Harris County Sheriff’s Office was nothing short of supportive after hearing the unfortunate news.

“A couple of the guys that worked with Bevil say he is a good officer,” Sgt. Rocha said of the Harris County Sheriff’s Office. “I put myself in his position and I imagine the help I would need.

Sgt. Rocha is one of many supportive members of various rankings who proudly gave their blood.

“We’re one big family here,” Officer Fowler said as the machine collected her blood platelets. “We take care of each other.”

“Please give your brother my best regards. Our prayers are with him,” Sheriff Garcia said to Bevil’s brother.

“We’re family here. When we’re in need we’ll do what we can to support,” Sheriff Garcia said. “We hope what we do can be a game changer for one of us.”

“This one is special in particular because it’s one of our own,” said Elvia Valdez, Community Engagement & Special Projects Manager. “The Sheriff’s Office is more than interested in helping those who protect the citizens of Harris County.”

Deputy Bevil’s family was more than appreciative for all the help and support.

“It’s been very overwhelming. We had a benefit on Saturday before last and the turnout was unbelievable,” Craig Bevil said. “The way officers stick together is awesome. Even other officers from other cities have done things for him.”

Deputy Bevil was very thankful and humbled by the support he received from his family, the Harris County Sheriff’s Office family and complete strangers.

“I am a prideful man and would have never dreamed of asking for help but I am in the fight of my life and want to beat this cancer,” Deputy Bevil said. “More than anything, I am glad to also be creating awareness for men to get checked and listen to their bodies.”

To help Deputy Bevil create awareness, the Harris County Sheriff’s Office is hosting a variety of events in his honor to offer support to Bevil and his family. The first of these events took place two weekends ago with a BBQ cook-off sale. They will also hold a day in his honor at Cheeburger Cheeburger Restaurant.

“The comradery, the team effort, can’t do a whole lot on your own,” Deputy Bevil said. “It’s all about the team.”

For more information and ways to help out, you can ‘like’ the “Deputy Brian Bevil Colon Cancer” page on Facebook.

What You "Must Have" For Spring Fashion 2013; College Fashionasitas Share Their Thoughts 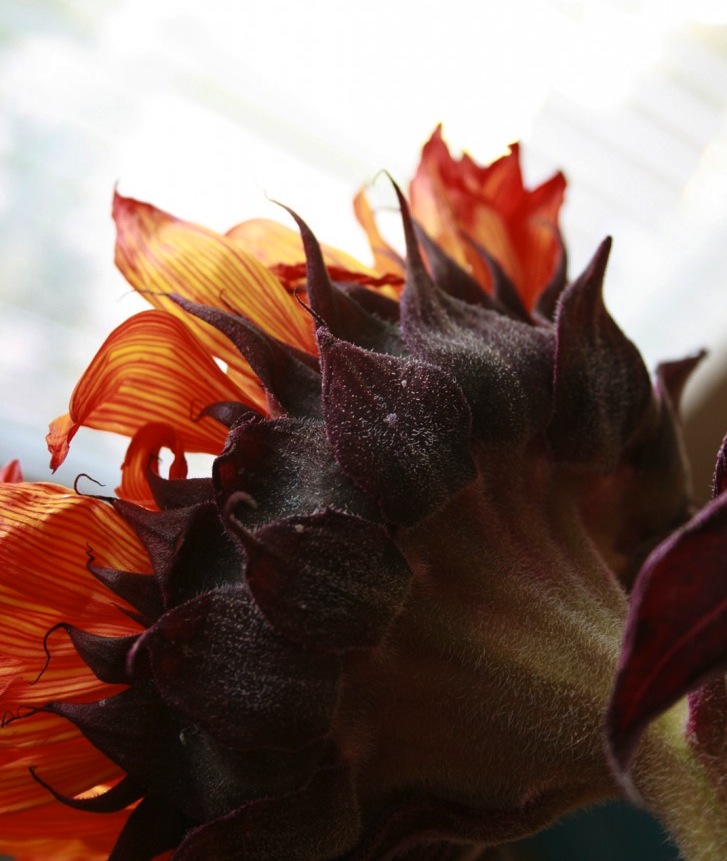