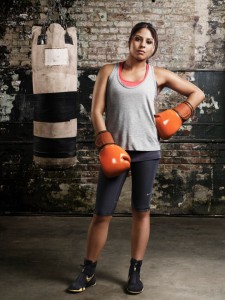 Marlen Esparza’s passion for boxing began at a young age. At 12 years old, she would spend three hours a day working out with no difficulties since she loved the sport. Esparza and her parents of Mexican descent were born in Juarez, MX, but soon thereafter moved to Houston, Texas.

Growing up in a middle-class home; her parents were always supportive. “I’ve always wanted to make money to support my family just so money would not have to be an issue but I never thought I would do that through boxing. Boxing is just what I love to do” Esparza said.

It soon became a full-time career for her in Pasadena at the age of 16, but the beginning stage was difficult since she had to convince people to believe. “People will never like everything about you. You can be the most beautiful peach, ripe and perfect, but there will always be someone who doesn’t like peaches. I ignore what people think about me unless they believe in me” Esparza said.

Graduating from Pasadena High School in 2007, Esparza was the student body president and graduated in the top 2% of her class. Since then, she has been a role model and positive influence to females pursuing their dreams.

The doors opened up for Esparza in 2012 when she was able to participate in the first-ever Women’s Olympic boxing tournament. “All I wanted was to get a medal at the Olympics. I had to always defend my choice as a woman boxer until about 2010. After we were allowed in the games I got a lot more respect,” Esparza said, “I feel great, blessed, and proud. The sport is in me and I am the sport. I feel like I fulfilled something in me by being a part of it.”

With her commitment and dedication to the sport, many doors have opened. Endorsement deals such as Nike, Coca-Cola, McDonald’s, Procter & Gamble, Cover Girl, and PETA have kept Esparza busy. On the side, Esparza gives inspirational speeches and works with the boys and girls club. Her next goals are to go to the games and finish school. “I’m going to start school and hopefully make a lot of progress in that part of my life,” Esparza said, “education is so important on so many levels.”

Esparza leaves a positive message to aspiring sports females pursuing their dreams, “Your actions no matter what you do, is a reflection of the sport and you must represent yourself with pride. On the road to success we must think about our impact on the world. Everything you do is a reflection of how people will view you today and in the future.”

Esparza continues to influence many people around the world, her character and hard-work make her who she is today: smart, tough, and an influential Hispanic leader. 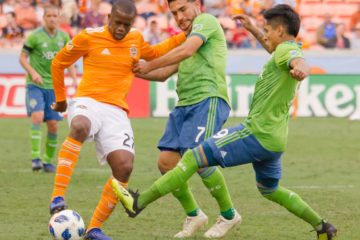