July 11, 2022 Francisco Casillas
Home»Entertainment»Hail to the Kings, Avenged Sevenfold announces the title and release date of their new album
Entertainment

American metal band Avenged Sevenfold announced the release date and title of their new album on Thursday on the band’s twitter page.

The album entitled, “Hail to the King” is set to be released on August 27. It is produced by Mike Elizondo who produced the band’s last album, “Nightmare.”

This is the first album to feature drummer, Arin Ilejay who replaced Mike Portnoy, who recorded and toured behind “Nightmare” after the death of drummer Jimmy “The Rev” Sullivan. It is also the first album to not feature Sullivan’s contribution as he had worked in the early stages of recording “Nightmare.” He had been a prominent writer in most of the band’s catalog both in music and lyrics.

For the past few months the band has been releasing clips of new songs on their website. The clips feature the familiar sounds of Avenged Sevenfold which are thunderous drums, heavy metal riffs, harmonized guitar solos, raspy vocals and horror movie-esque orchestral scores.

One day before the album’s released date on August 26, the band is set to play a free show at the Hollywood Palladium. The show is to thank fans for their continued support as well as a way to celebrate the new album. The show will be an exciting affair as it will be the first time anyone has heard the new songs in a live environment. While the band has not announced any plans for a full on tour, they are scheduled to play the Locura Festival which is put on by Denver radio station 106.7 KBPI.

The band has remained busy between albums, they have toured off and on since the release of “Nightmare” on their own headlining tours as well as making appearances on the inaugural Rockstar Uproar Festival and last year’s Orion Music and More Festival. The band also released two singles for the Call of Duty video game franchise, “Not Ready to Die” and “Carry On,” however neither song is expected to be featured on the new album.

The band has a big task on their hands as they try to recapture the success of “Nightmare” which debuted at number one on the Billboard Top 200. It was the band’s first number one album. 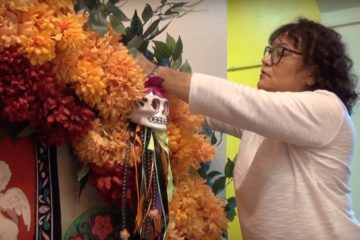