Professor Paul C. W. Chu is currently a professor of Physics in the University of Houston. He is considered to be one of the highest paid professors at the university and his journey toward achieving this position is due, in part, to the many achievements he has accomplished throughout his career.

Chung Wu Chu was born in Hunan, China, and spent most of his childhood in Taiwan. He received his Bachelor of Science degree from Cheng-Kung University in Taiwan, his M.S. from Fordham University and obtained his PH.D at the University of California in San Diego.  Getting his education was an important element in succeeding as a scientist.

“I think education is very important. I believe I come from a place where they value education highly and also value excellence highly,” Wu Chu said. “Usually in that part of that world when something did not go our way, we worked hard to refract in ourselves first, to see how we can improve ourselves first, before we are going to get someone else to improve the situation so I can succeed. So that is the self reliant spirit I believe in.”

Wu Chu has been awarded with the Comstock Award and the National Medal of Science. Also, in 1990 the U.S. by US News and World Report selected him as the Best Researcher.

“It’s always great to get recognized; particularly by people that you respect much in the scientific field.  But one should not lose sight. I think what we are doing is more satisfying and more rewarding,” said Wu Chu.

Although science (and mathematics) is a discipline that most people seem to have a lack of confidence in, he shared advice on how to overcome it.

“I think it’s quite natural. Science is a rigorous discipline and people sometimes feel intimidated. Science you can look at different things. You don’t have to be Einstein, you can do science and understand science because it is part of life and society so we must accept it,” he said.

When asked on being one of the highest paid professors, he offered insight on how he managed to obtain this feat as a result of his achievements.

“I think you have to work hard and you have to be lucky. Also you have to be in the right place, working with the right group of people. Leading the students, colleagues, post doc researchers then you may be able to get something interesting done. I think that’s probably the reason,” he said.

Against Me! heads into the studio with Punk Veterans by their side 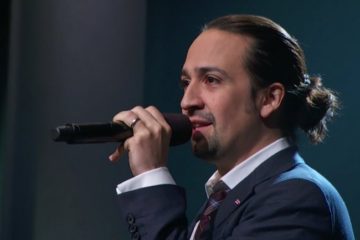