E. Sgt. Patrick Plourde of the Houston Police Department’s Mental Health Unit has handled hundreds of emergency calls involving citizens suffering from mental illness. Still, the most extreme cases stick out in his mind. Usually, they involve someone who is seriously distressed and sometimes even suicidal, Plourde said.

“We had a call of a male who was distraught and said to be suicidal,” Plourde remembers. “He was leaning over a parking garage ledge which would have been 54 to 60 foot drop. He wouldn’t allow us step any closer to him and anytime we’d try, he’d move himself closer to the edge.”

Finally, after an hour of communicating with the individual and promising to get him help by taking him to a psychiatric facility, Plourde was able to get him to step down from the ledge.

According to the National Institute of Mental Health, an estimated 26.2 percent of adults in the U.S. suffer from a diagnosable mental disorder in a given year. And in 2011, the Mental Health and Mental Retardation Authority of Harris County evaluated a total of 12,674 individuals in Houston to determine their eligibility for mental health services.

As more is learned about mental illness, many cities have developed specialized emergency services for calls involving persons with mental health issues, including the City of Houston.

“It can be complex. Every call is unique and there’s a whole variety of different reasons why people are called or someone calls on their behalf,” Plourde said. “Not everyone will agree to [get] help and just because they have a mental illness doesn’t mean they’re in crisis either.”

In 1991, Steven Schnee, Executive Director of MHMRA of Harris County, and Officer Frank Webb of the Houston Police Department met to address the extended amount of time it took to obtain an emergency detention order to get a person in a mental health crisis involuntarily admitted to a psychiatric emergency facility; and the lack of available psychiatric beds in Harris County. Overtime, these efforts led to the development of the Crisis Intervention Response Team in 2008, which partners a MHMRA clinician and a crisis intervention trained HPD officer in the same unit.

“CIRT responds to calls dispatched from 911 and from other officers and deputies who may already be on a scene involving an individual with mental illness,” Ann MacLeod, Program Director of the Houston Crisis Intervention Response Team said. “Anyone could pick up the phone and dial 9-1-1 and explain to the dispatchers what’s happening. They would call us and a CIRT unit would be sent out. When the unit arrives they would clinically assess for any psychiatric symptoms.”

There are 10 units in the CIRT that handled over 6,300 calls for service last year, which is 20 percent of all CIRT related calls received department wide, Plourde said. Also, the CIRT has expanded to include two Harris County Deputies.
“CIRT is a collaboration of three agencies: MHMRA, HPD and Harris County Sheriff’s Office (HCSO), which was a very important piece for this program because prior to the inclusion of the Sheriff’s Office, CIRT was limited to responding to calls within Houston City limits,” MacLeod explains. “Now, it’s easy to cross those jurisdictional boundaries which is an important part and goes a long way toward helping MHMRA service the community.”

Calls involving mental illness may also be placed if an individual is experiencing a medical emergency, in which case Houston Fire Department EMTs would respond. However, HFD does not have a written protocol for dealing with mental illness, Assistant Chief David Almaguer explains.

“It’s very hard to say ‘a mental health response’ because you never know if they’re having more of a medical response or if their having problems with their diagnosed condition,” Almaguer said. “If the person needs medical attention we transport them to one of the facilities here in the hospitals that have a psychiatric evaluation facility. If they’re combative, violent or otherwise having issues that have to do with disturbance then we call the police department out and let them determine what needs to happen to the person.”

Though HFD does not have a mental illness protocol, Houston is still one of the leading metropolitan cities in the region when it comes to emergency response to mental health calls. According to Plourde, HPD was designated as one of the six regional training centers for Law Enforcement/Mental Health Learning by the Department of Justice.

“Most people think of officers going out and making all kinds of arrest for assaults and burglaries but there are other sides of the job,” Plourde said. “Dealing with somebody in emotional distress and being able to talk them down to where you can safely take them into custody, to me that’s a sense of a bigger accomplishment.” 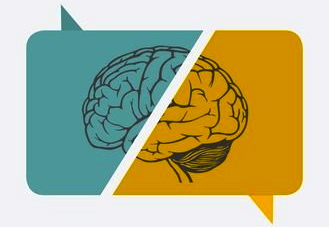