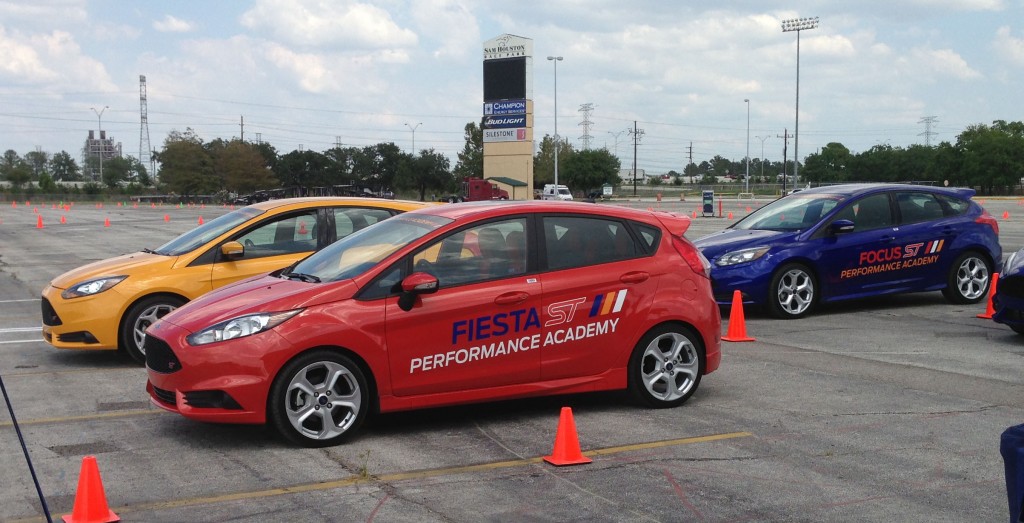 Ford automotive company has been touring the country giving drivers a full-on car commercial experience at Ford EcoBoost Challenges in various cities. When Ford came to Houston last Saturday, visitors were able to compare Ford vehicles with other cars in the same class, test their driving skills on a performance track, and learn to optimize their gas mileage on the Hypermile Instruction course.

The star of the show, as the name might imply, was the Ford EcoBoost Challenge where Ford cars were pitted against its top competitors in the same class. Participants were given a chance to compare the vehicles- the Toyota Camry vs. Ford Fusion, the size Ford Escape vs. the Honda CR-V, and the Ford F-150 vs. the 2014 Chevrolet Silverado- and see for themselves how Ford cars measure up to the competition.

“I’m glad they make something like this because it gives it more of a sporty look and feel. Ford has been known for trucks and power. The power by pulling not by driving,” one driver said about the Ford Fusion.

Drivers also got the chance to drive the  Fiesta ST and Focus ST for speed on the performance track. Both models are cars.

“The difference over here is we’re going to be going as fast as we possibly can without hitting cones,” Tania Gladiuk, professional driver and challenge facilitator, said. “And what that requires is a little driving technique or some car control.”

Gladiuk instructed drivers in finding the best seat position, knowing when they are demanding too much from their car, and gave tips on maneuvering the track before shuffling them over to the Hypermile Instruction course.

On the Hypermile course drivers were able to test the Ford C-MAX Hybrid and C-MAX Engri, equip with dashboard monitors that gauge fuel efficiency. A professional driver rode with each participant and coached them….

“There’s a capability in those vehicles called regenerative braking and what that’s doing is it’s activating a generator that’s recharging the electric side of the vehicle,” Walter Dethier, professional driver and challenge facilitator, said. “The key is every time you do a lap and you come back to the staging area, the computer will generate your miles per gallon, it’ll tell you how much energy was generated.”

Another professional driver and challenge facilitator, Johnathan Start pointed out that while these tools may help to optimize fuel economy, there are other factors, like running the AC or sitting in stop-and-go traffic, that significantly affect gas mileage.

“Somewhere heavy metropolitan, like New York, it’s really hard because you’re so stop-go. But you places like Houston where it is a city but it’s a little more open, they’re [fuel optimization techniques] are pretty realistic,” Start said.

Ultimately,  Hotonians left the Ford EcoBoost Challenge with a little wind in their hair and a few new driving tools. Ford will finish the final leg the tour today in Miami and Minneapolis 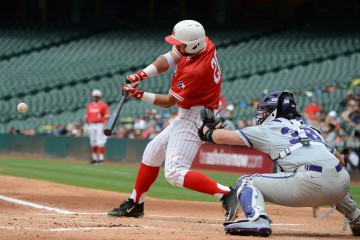