Early voting for the Nov. 5 election starts Oct. 21, with two Harris County bond issues on the ballot. You may have heard about the one that asks voters to approve issuing bonds to transform the Astrodome. But as much as I loved riding my bike to the Dome as a kid to watch the Astros play, I’m focused on the other bond issue, which involves public safety.

If the voters of Harris County approve, the county will issue bonds to finance construction of a county/city inmate processing center, a hub where inmates are booked and released in a more efficient way than what can be accomplished now.

Even if you’ve hardly seen downtown Houston — where the facility would be built – and even if you never expect to know who will be jailed in Harris County, you still have a stake in the election. Booking inmates into jail faster allows deputies and police officers to get back to patrolling the streets more quickly.

We’d also use the facility to more effectively match outgoing inmates with existing social services, such as substance abuse treatment and mental health care, so that they are less likely to end up back in jail. With fewer repeat criminals revolving through the jail doors, there will be fewer crimes in Harris County and the jail operations will cost taxpayers less.

This ballot proposal is listed as county Proposition 1 and under state law, it contains a notice saying issuing the bonds might require taxes. But the reality is that according to the county judge, the county commissioners and the county budget staff, this bond issue will require no new taxes and no new tax increases.

The races for Houston mayor, controller and City Council seats are on the same ballot – for voters who live within the city limits. Other municipalities have their elections that day, too. But all voters in the Harris County are eligible to vote on Proposition 1. I hope you will exercise your right to vote and express an opinion on this project. 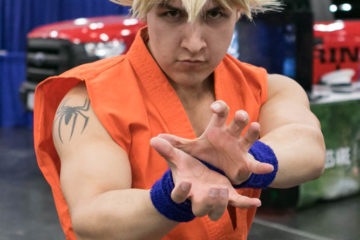