The 2013 National Association of Hispanic Journalists Region 5 conference “Voces Unidas” was held at the Fairmont hotel in downtown Dallas. Several journalism experts shared tips with reporters, many of who were students, on how they can succeed in the field, get ahead of the competition, and land that first job.

Q: What would you advise to journalism students who are trying to get ahead of their competition in reporting?

A: What I would advise is to find stories online and rewrite them in your own way. Give yourself some time to think and make sure to write every day.

Q: At what stage does a journalist become a good reporter?

A: One of the things that distinguishes between a good reporter and a local reporter is the writing. A lot of times the local reporters, especially on TV, are focused on doing live shots because they’re always on live. Then when they move to a national network they don’t know how to write a news story: beginning, middle and end. Write everyday; that’s the most important thing.

Q: What other things should television reporters practice to get better?

A: There are three aspects for television reporters: there’s the gathering of facts (you have to be good at that), the writing, and then the performance. Those are the three things you have to master.

Q: Do you have any advice on what market (Spanish or English) bilingual students should go after?

A: Well I think the growth is in the English market. I think people are realizing that the increase of Hispanics is not into people only speaking Spanish and jumping over the border. The growth of Hispanics is in people, like many of you today, who are either born here or are speaking now; that’s where the growth is. So if you can do both, it’s great because you can communicate with people in the community better than I can. So I would say go the English route. Someone in Univision might tell you something different, but that’s my opinion.

Q: I have been considering going into a Master’s program. Is that something you would advise?

A: Look, everybody’s going to make their own decision. I’ll tell you my opinion: get a job; that’s my opinion. I know some people who are in the business who have a Master’s, but I also know a lot of people who don’t. I think a Master’s is for people who teach. Get that first job. Unless you feel there is something more for you to learn or you want to be a specialist in something. But just to be a reporter, get a job. Get an internship in college. Get as many internships as you can. Interns get hired.

Q: How often do you find that your news pitches get denied by your news director?

A: Oh my god. Every day. You have to have the thickest skin. I’ve wanted to cry so many days working in news. You work with producers who are total a——- who don’t understand the idea of one man band. They don’t realize that some things are not feasible to turn that in in a day. I could pitch 5 stories and he’d say they all suck. So every day, your pitches get shut down.

Q: Did you find it more difficult in smaller or larger markets to work in?

A: I think it just depends on your office. I have had news directors that are so difficult to work with, and I also have had some that are very accommodating. Right now, I’m in the best position I could be in. I do daily news two days a week and the rest of the week I do whatever I want to do. It’s great because they trust me, and they know that when I do something, it’s going to be good. But you have to build up the trust to get that.

Q: Typically, people tell me you will have to start off really small and then work your way up to a bigger market. Were you surprised to get a job in a major market so fast?

A: Yeah, I bragged about it a ton when I got it. I was proud of being able to go down to Dallas. But our station is a lot different than other news stations. We do a lot less daytime. We do a lot less breaking news because we don’t have the staff for it. I got the opportunity and that’s all that matters.

Q: How did your preparation in college lead to your current job?

A: I majored in mass media; I didn’t major in journalism. I didn’t know what I wanted to do. There was a job opportunity, and I had a trajectory – a goal – and I kind of fell into news. I was doing video in school more than I was doing journalism. I basically learned how to be a journalist by being around other journalists. I took some journalism classes, but you don’t learn anything. You learn from being around other reporters.

Q: What is the biggest problem journalist students have today in your opinion?

A: We get resumes and reels from people all the time and they don’t have a clue how to white balance or how to turn the iris down. You have to know how to do that; it’s television. You can’t look ugly on-air and you can’t make people look ugly on air. People are going to turn to another station because they’re going to think it’s a college station. You’re not going to get hired; you have to make good television.

Q: What advice what you give to college students who are looking to increase their visibility and their likelihood to get a job out of college?

A: I say you have to start applying to internships, which is what everyone says. But also to make connections with people just talking to them and talking to people already in the field. It is essential to do that. Otherwise, you’re not going to go very far. You also have to be passionate; that’s first and foremost. Your first job might not be the most ideal situation, and you have to know that coming in.

Q: What do you say to detractors who question why you’re going down the journalism path?

A: If you’re getting into the field you have to be very open minded. There are people who are going to say, “Why are you doing journalism? That’s not a career that makes a lot of money.” There are a lot of people who are going to be negative and jaded. You have to pick and choose who you want to be your mentor. Also, you have to take the people that are very jaded and take what they say knowing that they do know what they talk about being in the field for a long time, but that they’re very unhappy.

Q: You’re young and you’ve already received a job in a large market. Usually people say it takes 10-15 years to get to a large market. What do you feel like contributed to that success?

A: I took some risks. I couldn’t find a job in Chicago, so I moved to Texas to work in journalism, and I ended up getting a job in Victoria and then got my current job. The guy who gave me my current job, I met him at a conference. It’s just taking those risks. You have to know yourself and know that those risks could succeed or fail.

Q: Was there a tough point in your career where you questioned if this is what you wanted to do?

A: I’ll be perfectly honest. When I moved to Victoria, I was the nightshift reporter. I was pretty much the only reporter on the night duty. So the friends that I did have in the newsroom were working when I was off and they were off when I was working. It was kind of hard to have a social life.

Q: Did you always want to do Hispanic media?

A: The newspaper in Victoria was English, but I was hired as a diversity beat reporter. I feel like sometimes they see you as a minority and feel like you should be able to cover all minorities. I felt uncomfortable; it was like I was that token minority. 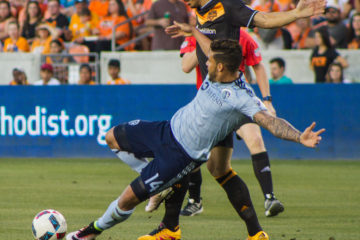