The First Latino “Bachelor” Makes His Debut: A Different Perspective

This past week, NPR interviewed my good friend, Alex Nogales of the National Hispanic Media Coalition, on the first Latino to star in “The Bachelor” television show. I give him Kudos for his comments and perspective: “They gotta include everybody, African Americans as well as Latinos of every coloration. And forget this b—s— of ‘We can’t find any,'” Nogales said. “They’re there!”

Implicit in his comment is also the hidden issue for Latinos, which is our own color consciousness and the racism it hides in our own community. The “White” society prefers to deal with our light-skinned Latinos and, although it signals some social progress, it is safe tokenism. If you are a fan of “The Bachelor,” I believe you should support the talented Guero (white) Juan Pablo Galavis while making sure it is viewed as Tokenism.

As Alex Nogales correctly noted, the vast majority of Latinos in the US are of Mexican origin, and the vast majority of us are darker skinned. In the Chicano (a Nahuatl origin word) civil rights movement of the sixties, we collectively declared our pride in our indigenous Native American roots, and that we were a Brown People. In the ’60s the labels Latino, Hispanic and Mexican-American were soundly rejected as not including our indigenous origins or hyphenating our identity. Today the word Latino has evolved to mean non-white to most Americans and is the most common identity of the big tent for Americans of Latin American ancestry. This is not just an academic or polemic side note, our collective identity has become more complicated and nuanced as a consequence of our national young “Latino” generation embracing an American Latino identity.

In Mexico there are no dark-skinned Indian featured stars or are there any in the other Latin American countries. In the ’60s, ’70s and ’80s it was clear that the vast majority of Chicanos were Brown. The emerging Chicano and Puerto Rican stars included many dark skinned actors. That is less true today. Hollywood is almost exclusively selecting light-skinned Latinos to promote.

In the USA a major basis of racial profiling for Mexican, Central American and other South American Latinos is our Indian features and darker skin. Caribbean Latinos are profiled because of their darker skin and African features. This negative color consciousness is not unique to the USA. It is predated by the Spanish Conquistadors’ obsession with the categorization of “limpieza de sangre” (Purity of Blood) with the lowest status given to Africans. Blanqueamiento, or whitening, has long been a social goal in Latin America in both formal and informal policies to “mejoral la raza” (better the race). Being “white” in the USA is different than in Latin America as white European descended Latinos can be seen as non-white in certain contexts. Nevertheless white Latinos do not suffer the same conditions as other Latinos.

There are many light-skinned Latinos who can pass as white in the USA and many have chosen to pass as such to avoid discrimination. Andy Russell, Rita Hayworth, Martin Sheen, Vicki Carr, John Gavin and Rachel Welch all have Spanish surnames and started their careers when anglicizing your name was urged by Hollywood studio executives, producers, agents and managers to get ahead in your career. Others like Ted Williams totally avoided acknowledging their Mexican roots.

Light-skinned Latinos are also victims of discrimination (but not typically racism) in the US because of their Spanish last names and particularly if they are working class immigrants or have accents. The hundreds of years of English enmity against anything Spanish is more than enough to explain the discrimination against light-skinned Latinos. In the USA all Latinos are ultimately in the same boat even if not in the same class of carriage. The most privileged of us are still painted with the brush of discrimination.

A few days ago I spent an hour talking with two handsome Mexican immigrant brothers, one fair with green eyes and the other dark-skinned with Indian features. They have their own small electrical wiring company. They are both very hard working men. We talked about where they were from and discovered we shared Los Altos de Jalisco as our families’ common origin. And as is common for those of Los Altos the fair brother proudly commented on how there are so many gueros from Los Altos The Indian featured brother spontaneously shared that he was the “pato feo” (ugly duckling) of the family as all the rest of his family were light-skinned.

I was struck by how unselfconsciously he volunteered his self-assessment. I asked why he said that and he shared that many years ago when he was a teenager at the wedding of his sister a photographer had asked him to step away from the family portrait as it was for the family only. The photographer assumed that he was not related to his own sister, as the only dark skinned person who was standing with the wedding family. His sister embraced him and corrected the photographer. He nevertheless was scarred and has carried that moment with him. He believed being dark-skinned is being ugly.

I shared with them that both my mother and father’s families have the full range of skin color from European to Indian features. I grew up hearing women in our family commenting on newborn babies and lamenting when one was born dark “pobrecito salio Indio” or rejoicing when a light-skinned baby was born “ha mira que lindio, que blanco es.” This all was done without apparent malice. It was a social reality so deeply ingrained that no one notices the racism. The brothers and I talked about this and how common these sentiments are. They had grown up hearing the same comments. They both mentioned that they had never had a conversation about our own community’s racism or realized they were participating.

Last week I met with a White director/producer who is planning a feature film set in the San Fernando Valley about a Chicano family. He was frustrated that the studios were unsupportive of his relatively high independent budget. He told me that the studios had told him that Latinos did not want to see themselves on screen, they wanted to see the Hollywood stars. He said he did not believe that stereotype. He believed that Latinos wanted to see quality and positive portrayals and that meant he needed a studio level budget. The problem was there were no male Latino stars that could green light the film. Of course, I agreed with him and welcomed him to the club.

The “pato feo” will never be a white swan. We are who we are. Being white should not be an aspirational goal for any group. It is a perverse legacy of the Conquest and centuries of subjugation and racism. Yet Latin American Spanish language media continues to perpetuate that being white is aspirational for the “patos feos.” This is the danger for our US community if it is only white Latinos who are acceptable for USA networks in aspirational roles like “The Bachelor.” Of the few roles offered Latinos a disproportional number are cast with white Latino actors for TV and movies. There are very few dark-skinned Latino male stars in TV and almost none in movies. There are a few more dark-skinned Latina stars and they are typically in exotic roles. I am for all those actors working and having success. The answer is to reflect the real America.

In the US our Latino color consciousness has evolved since the Chicano Movement of the ’60s declared “Brown is Beautiful.” We love who we are and all our diversity. Our common experience in the US has sensitized our light-skinned Latinos to the discrimination all the rest of Latinos have experienced both in this country and in their home countries at the hands of Latinos who are the descendants of the European conquistadors and present power elite in Latin America. Shining a light on our own legacy of racism and not accepting Tokenism is vital in holding Hollywood accountable for reflecting America as it is. Discrimination in the United States is the cauldron that is unifying all Latinos and that is the silver lining for all of us.


Moctesuma Esparza is an award-winning producer, entertainment executive, entrepreneur and community activist. He is CEO of Maya Cinemas, a first run mainstream theater chain in the United States principally located in and serving Latino communities , and a partner of Robert Katz in the company Esparza/Katz Productions. He has produced over thirty films, and has won over 200 awards. He was born in Los Angeles, California and received a B.A. of Theatre Arts-Motion Pictures, Television in 1971 and a M.F.A. of Theatre Arts-Motion Pictures, TV in 1973 from the University California Los Angeles. He can be reached at moctesumae@mayacinemas.com.

The First Latino “Bachelor” Makes His Debut: A Different Perspective 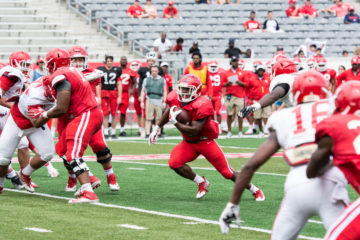