At 14, I discovered the two greatest loves in my life: my first boyfriend and journalism. That first boyfriend introduced me to his uncle, who, by then, was one of the most experienced and serious journalists I have met, the editor-in-chief at El Diario La Prensa in New York City, Manuel De Dios Unanue.

Cuban by birth, global citizen by conviction, he always respected the communities he served as a journalist in New York and taught me how to love the field. From Manolín, as he was called by his relatives, I learned that a journalist never gets tired of asking questions. One has to be both tenacious and stubborn because if we don’t get an answer, we must insist. I learned that a good journalist is disliked by many because he never tires of finding the truth and that a reporter must never spit upon the contributions of the past because his work draws on the steps taken by others before.

Even as a child he taught me that once a journalist’s vocation is discovered, that responsibility goes beyond any consideration. I learned that true journalism must investigate, and for that you could risk anything including life just as he did when unfortunately he was a victim of assassins who tried to stop his news coverage on the drug cartels. He was the first journalist killed on U.S. soil by Colombian traffickers.

Years later my memory recalls his wisdom, something that back then I did not understand well. But now, upon reading that the newspaper for which Manolín gave his life, has lost its direction, I reflect on the crisis of this field. El Diario La Prensa, the largest and oldest Spanish-languages daily in the United States – it has 101 years of existence – forgot that its business must respond to the communities it serves.

The new management at El Diario, made of Argentinian and Spanish executives, has decreed that they are no longer interested in the market of poor Puerto Ricans, Dominicans and Mexicans who they call “the ghetto” because they want to focus on affluent, upscale South American readers, those who prefer to read the New York Times. Their focus is the stockbroker or professionals instead of the factory worker, those who live in public housing or in the “projects.”

In that process they have been laying off the oldest editors and reporters and replaced them with young employees with fewer benefits, or other Argentinians or Spaniards who are unaware of the historic civil and political rights struggles of Latino communities in New York. Since they have no historical memory they care for nothing. They favor the superficial versus the important. They prefer to give front pages to stories on how to have a bigger penis or what performer has the biggest breast implants as opposed to digging through neighborhoods to find why there is inequality, why there is a lack of resources or what really happened behind the scenes at events such as National Puerto Rican Day Parade.

Many of the top journalists of El Diario fought until they were dismissed. The union, as usual, allied to management for some time until the arrogance of the new owners was made clear and eventually began to defend their members, although a little late.

What happens in El Diario is a reflection of what happens in many places: massive layoffs of veteran reporters who are replaced by employees without benefits, abandonment of context and in-depth journalism in favor reporting reactions or rewriting news releases, lack of historical context, lack of commitment to the reader, business above responsibility, what’s easy instead of what is complicated.

The same happens in Puerto Rico. For example, I once confronted a newcomer Chilean editor at a newspaper I worked for who told me that, with just two weeks on the Island, he knew it better than I, and therefore, the news that the newspaper would cover were to be scandals, no research. In front of two other editors of the newspaper, who were shocked, I called him insolent but, thereafter, the Chilean respected me. His tenure in Puerto Rico was forgotten, but his legacy is strong in the kind of journalism that seems to dominate here.

All this is due to a transformation in journalism that focuses on new technologies and silencing the strong voices that provide historical context and help to understand why things are happening. What remains is an emphasis on the superficial when audiences are increasingly demanding the opposite. Those media that manage to combine the use of new cyber platforms with context journalism are continually gaining audiences, whether it is Puerto Rico, New York or anywhere. Instead of blending issues between links, the most watched news and entertainment topics, coverage must be balanced with strong voices, those that have gills and are not afraid or advertisers or governments.

Newspapers, as with the rest of the media, are businesses that look to make money. The problem is that if they proclaim to make journalism, they have to recognize their main mission, which is to serve the public. There is no question of being Puerto Rican or Dominican above an Argentinian or Spanish, but that the media must recognize and address the real needs and interests of their communities instead of dismissing them as unimportant. So I return to what Manolín taught me that being a Cuban he respected the various communities that he always served as a journalist for El Diario La Prensa. For a newspaper to survive and be respected by its audience, it has to be true to its mission of service above the business.

Sandra D. Rodríguez Cotto is a communications strategist and journalist. She is President and Founder of Joy PR, Inc., and Researcher/Investigative Unit Manager for Wapa-TV’s “Ahí está la verdad” in Guaynabo, Puerto Rico. She can be reached at sandra.rodriguez.cotto@gmail.com. 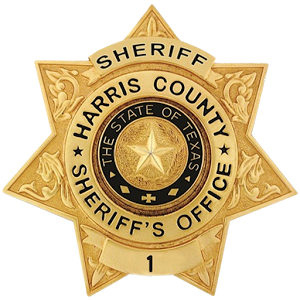