Ed Chao, owner of the Houston Escape Room, brings a creative and original adventure to the Houston area, and it all started with an article from The New York Times. Chao designed his first escape room in his own home after being sick and unable to work, and after having a few friends play the game, he knew it would be a success.

The Houston Escape Room is a locked room filled with riddles and puzzles that need to be solved before the participants can escape, and they only have one hour to figure everything out. Recently, Chao closed the Rice Village location because the company is in the process of expanding. He will announce a new location soon with more rooms to choose from.

How long have you been open?

We’ve been open since May 3, and we had four weeks of trial runs. During that process we were trying to tweak the difficulty level of the room so that we could hit a sweet spot so only a certain percentage of people succeed.

Is there a certain IQ level for a person to solve the puzzles?

It doesn’t matter your intelligence level. One of the important parameters that we took into consideration when we designed the room was that we didn’t want anyone to need outside information to escape, meaning that you don’t need to know certain trivia and random factoids.

Why did you bring Escape Room to Houston?
Well I think this concept is unique, and a little bit quirky, and certainly some people think Austin might be a better place to start. I’m a Houstonian; I grew up here and went to college here. We also wanted to see if Houston was ready for something like this.

How long does it take to escape the room?
I can honestly say that with only one hour, it usually comes down to the wire towards the end, and things start making more since. It’s hard to say because there are other factors that determine making it out.

Ideally, how many friends should people invite?Right now we encourage a group of four to ten people, and as you can imagine there are pros and cons to having a smaller group or a larger group. I think once you get over ten people, it starts to dilute the experience.

What do the winners get at the end?Currently it’s just bragging rights, but we do hope to figure out a way to celebrate with them whether it’s a souvenir or a shirt.

Does the room and puzzles ever change?
Currently we just have one scenario with the same puzzles, and it wouldn’t be fun to go through it again. We do allow customers who’ve gone through the room to be an observer if they have friends, co-workers or family coming through and want to see them try to get through the room. We allow two observers free of charge.

Who is the mastermind behind the puzzle?
That would be me. I’m just really ADD, and this is how my brain works. Following these different paths to solving the clues is just really a function of creativity along with being resourceful.

Does this build communication between the participants?
What we are hoping to do with this business is to help with corporate team building. We have a lot of inquiries from different companies to bring their employees in teams to go through this experience. One of the aspects that we’re excited about is the education – specifically science, technology, engineering and math. We hope the room may one day be a vehicle to teach kids some of these skills and concepts that will help challengers escape from the room.

Are there more rooms to be expected in the near future?
We’re working on designing two new rooms in addition to this once, so we’ll have a total of three rooms at the new location. We’re aiming to hopefully launch that by the end of August.

By the end of August is it a certain way to sign up for the rooms, do you have to pass one room to get to another?
Right now we’re thinking that each of the rooms will have completely separate themes and scenarios, but that’s actually a cool idea to have a sequence where perhaps you go through a story line of multiple rooms! We only take sign-ups online; we don’t take any walk-ins, so it makes the process much more seamless for customers to make reservations online and show up.

What can customers walk away with even if they lost the challenge?
I think the take away for them is the excitement and desire to be able to try another room again.

Brittany Taylor is a broadcast journalism student from the University of Houston. She's a former digital content producer for KHOU and currently coordinates breaking news for EGMN. Her goal is to host her own entertainment show. 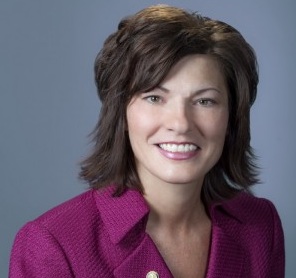