Not too long ago if you mentioned defense and Houston Cougars in the same sentence you might draw a handful of laughs, jokes and groans. For several decades, UH has been known for its high-powered air raid offense. Names like Andre Ware, David Klinger and Case Keenum have made sure of that and the defense has often been an afterthought.

Not anymore. Following a sub-par first season, head coach Tony Levine brought in David Gibbs to change the Cougars’ mentality about the less glamorous side of the ball.

“We said we were going to play defense at Houston, and now we did it,” Gibbs said. “If we want to change (the national perception) for real we have to practice it every day, believe it every day. We’ve only done it one year, and now we’ve got to go do it again.”

Yes, one year is only a start. But, the Cougars have already made major strides and confidence is a huge reason.

The defense began to adopt ‘Third Ward D’ as their nickname last year, which embraces the historically rough community that they play in instead of separating themselves from it.

“When you think of Third Ward its hardcore, so we want to be that [type of] defense,” defensive tackle Joey Mbu said. “We want to represent where we are from. We can’t look down on it because we are here, so we embrace it.”

The calling card of the defense beginning last year was turnovers. The Cougars led the nation in turnovers with 43 and rose at least 70 spots in third-down and red zone defense from 2012 to 2013.

One of the leaders of that turnover barrage was junior safety Trevon Stewart, who led the nation with 10 turnovers (6 forced fumbles, 4 interceptions).

“We work Monday through Friday on stripping the ball out even in walkthroughs,” Stewart said. “We just going to do the same thing, fly out to the ball. All eleven men to the ball and we going to make it happen.”

Stewart’s partner in crime at safety, Adrian McDonald, also contributed 6 interceptions last season as the duo took leadership of a secondary coined as the ‘Jack Boys’. The persona comes from the fact that the secondary prides itself of taking or ‘jacking’ opponents of the ball every opportunity they get.

Coach Gibbs often preaches to the media that players create turnovers, not schemes and with the Cougars returning the majority of their starters on defense they have similar expectations. Although the ‘Jack Boys’ make most of the highlight plays on defense, the front seven might be the most talented group of the defense.

The Cougars’ defensive line was already one of the deepest in the AAC before getting a surprise addition over the summer in Texas A&M transfer Gavin Stansbury. The senior defensive end was the defensive MVP for the Aggies last season and is expected to be a significant contributor once he is up to speed with the defensive scheme.

Add Stansbury to Eric Eiland, Tyus Bowser, Trevor Harris, Cameron Malveaux and Chauntez Jackson playing the rush end position and the Cougars should have little trouble getting pressure on the quarterback. Joey Mbu, Tommie Mark and Jeremiah Farley all provide stout play from the interior as well.

The leader of the defense and maybe even the team for that matter is in neither the defensive line or secondary. The rock in the middle of the ‘Hit Squad’, Derrick Mathews, is focusing on the little details that may have been hidden last season by the abundance of turnovers and has little doubt that his crew will be ready to dominate.

“We not going to dwell on last year, we going to build on it,” Mathews said. “We already implemented the fact that we going to create turnovers so now we going to be better on third down, first down – work on something more than just turnovers.”

This is a new age for the Cougars defense – or better yet ‘Third Ward D’- the offense now may be the second most important side of the ball everytime UH hits the field.

No longer will the words UH and defense together resonate laughter from its opponents. The ‘Third Ward D’ wants the world to know who they are and they soon will. 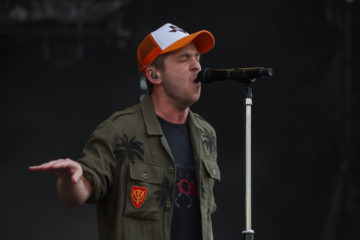