According to a September 2013 memo obtained by The Venture, the four massive open online courses, offered by the University of Houston this year, will cost the college $64,000.

In February of 2014, UH announced the launch of MOOCs for calculus, statistics and classroom management. The free courses offered unlimited participation and were aimed at students planning to take the College Board’s Advanced Placement calculus and statistics exams, and for teachers looking to improve their classroom management skills.

“We’re hoping these courses will be effective in our outreach efforts with the community; empowering people who might not otherwise have access to this level of education,” said Jeff Morgan, associate provost of education innovation and technology. “There isn’t a cap on enrollment in these MOOCs, and we eventually hope to see a combined enrollment of 10,000 students in these initial offerings.”

Morgan authorized a mini grant of $64,000 to Bekki George, a professor at UH, for the project.

The funds were spent on three months of summer salary for George, one month of fall overload pay for George
and graduate student support.

Overload pay is given when enrollments exceed the capacity of the professor to teach a section. This practice is used to avoid hiring additional professors.

MOOCs have come under fire for failing to follow through on their educational goals.

According to the Campaign for the Future of Higher Education, an organization that advocates for reform in higher education, 90 percent of students fail to complete MOOCs and those who do complete them already have a college degree.

A final report on the effectiveness of the courses is due August 31. 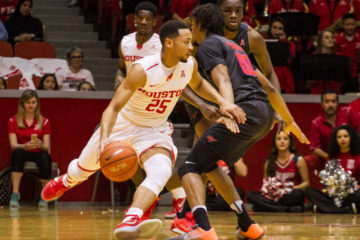