While the Associated Press may have stopped using “illegal immigrants” in their stories, many publications in the country continue to struggle with the terminology.

The OC Weekly has been delivering news since 1995 and will continue to use “illegal immigrants.”

“There are many reasons why we’re opposed to dropping ‘illegal immigrant’ from our infernal.” Said Gustavo Arellano, editor of the OC Weekly, in an article written. “The most truthful, if flippant, response I can offer is that we have a deep problem with banning any words from our pages, no matter how reprehensible–our business is words, to use according to need.”

The OC Weekly will also continue to use DREAMers, undocumented folks, unauthorized immigrants, and illegals as they have done in the past.

Many newsrooms dropped the term as soon as the change was announced. However, Jackie Devereaux, editor-in-chief for Desert Star Weekly, stays away from the term as she finds it to be politically incorrect.

“I am [an] AP style journalist, so I do follow Associated Press guidelines; in fact I consider the AP stylebook to be my Bible,” Jackie said. “I didn’t like discrimination of any sort so I try to stay politically correct and try to show some sensitivity to my neighbors, along with everyone in our community.”

Coachella Valley Independent, Editor and publisher, Jimmy Boegle, dislikes the term as well. He just like Desert News Weekly will encourage their writers not to use the ‘I’ word.

“As the editor and publisher, I don’t like the term,” Says Jimmy. “However, if a writer comes to me and has a compelling reason for using the term then I’ll consider it. To my knowledge no one has come up with a term that doesn’t have some loaded phrase one way or another.”

Over the years the Hispanic population in Coachella has grown to 49 percent. 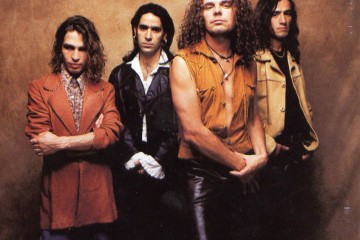